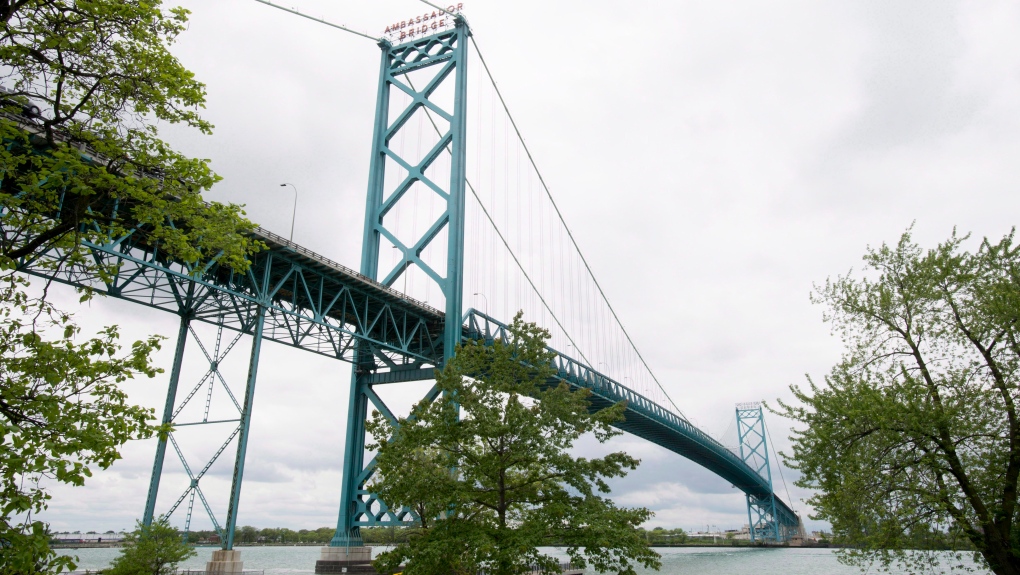 The Ambassador bridge is seen crossing the Detroit river from Windsor, Ont. on Friday, May 26, 2017. (THE CANADIAN PRESS/Adrian Wyld)

WINDSOR, ONT. -- A Windsor MP is voicing concern over recent legislative developments in Michigan that could see the Ambassador Bridge as a “viable alternative” for transporting hazardous materials in cargo between Canada and the United States.

“The idea allowing highly flammable and corrosive cargoes to be transported on a bridge that bisects a residential community and the University of Windsor is dangerous and haphazard and with the state of the 91-year-old bridge infrastructure, this poses a risk to public safety that is alarming and unacceptable,” Masse said.

The bill suggests directing the transportation department to adopt “federal government changes to the non-radioactive hazardous materials routing designation for the Ambassador Bridge” expressed in a Dec. 2012 report.

Masse said while there has been a “very clear” U.S. federal standard regarding routing restrictions, in 2012 the Michigan Department of Transportation created the report ‘Hazardous Materials Routing Synopsis Report Wayne County: Proposed Recommendations’ without public knowledge.

The report recommended removing some hazardous material restrictions for flammable and corrosive materials at the bridge and instead, using vehicular escorts after denying that right for nearly a century.

After public push back, a review took place and retained as well as increased the restrictions from 1929 restricting infectious substance and radioactive materials.

Masse notes the idea is widely opposed on both sides of the border and is asking the minister to take immediate action to protect public safety, the economy and the environment.