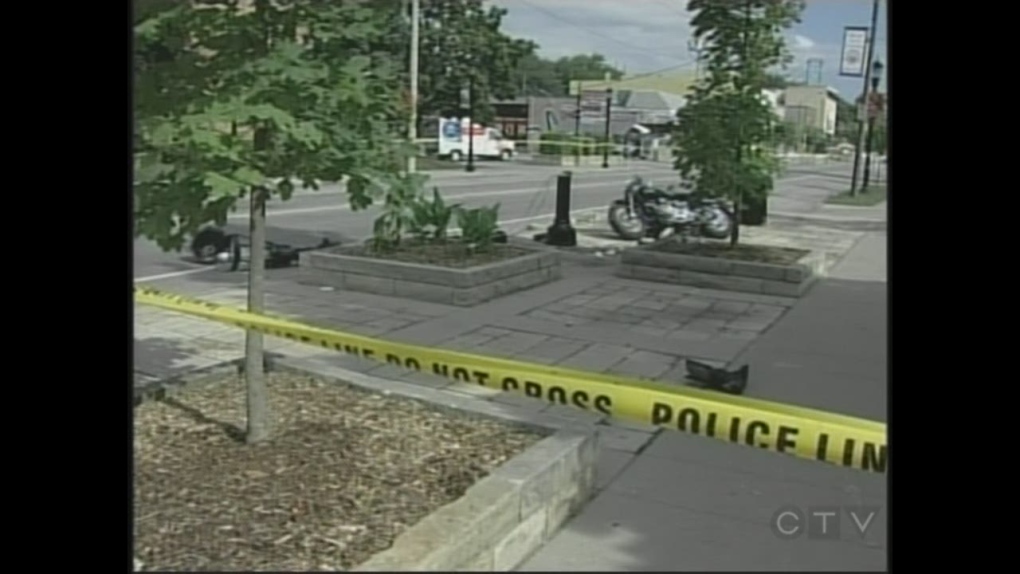 A Windsor man is dead after a motorcycle crash on Sandwich Street in Windsor, Ont., on Sunday, Sept. 8, 2013. (Gina Chung / CTV Windsor)

A 48-year-old Windsor motorcyclist has died from his injuries after a crash in west Windsor on Sunday morning.

Windsor police responded to a collision in the 3200 block of Sandwich Street, near Brock Street around 9:50 a.m. Police say the motorcycle was travelling west on Sandwich when it left the roadway, striking a light pole and concrete planter.

The officer at the scene says the victim was pinned underneath his motorcycle. The officer called out to a crowd that had gathered saying "We have got to get this off of him."

Three unidentified men stepped forward to help the officer lift the motorcycle off of the victim.

Windsor Fire and EMS crews arrived and transported the victim to hospital.

Police were notified shortly after 3 p.m. that the victim had succumbed to his injuries.

The investigation is continuing. Anyone with information regarding this incident is asked to contact police at (519)-255-6700 ex#4208.