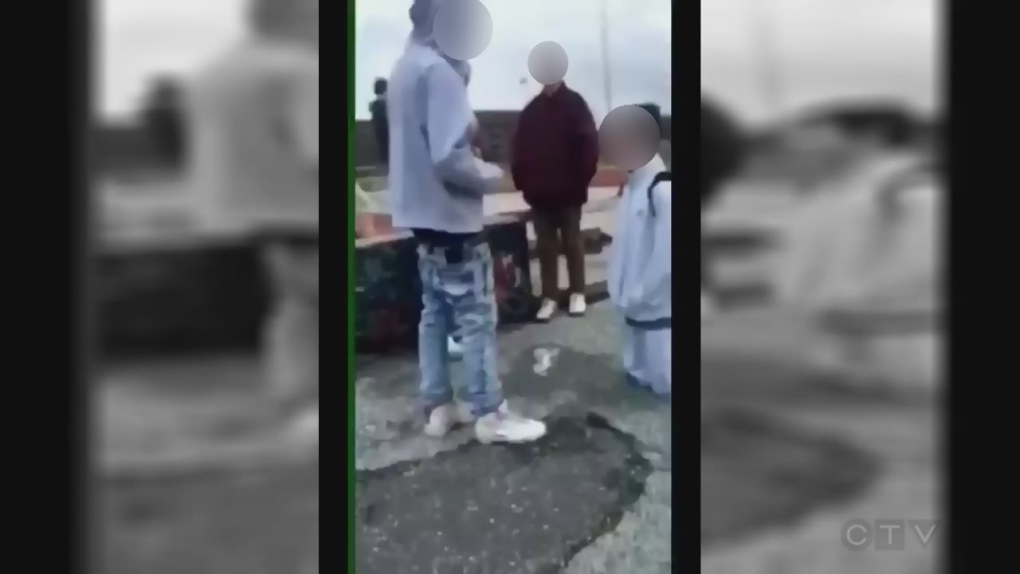 WINDSOR -- A local mom is publicly apologizing for her son whom she believes was involved in a brutal attack on a Windsor teenager.

She says she’s the one who turned her son into police after seeing the video on social media.

The mother tells AM800 as soon as she recognized her son as one of the people in the video, she turned him in to police and is offering a public apology.

"I'm heartbroken and disgusted the family of that little boy, I just want to go public apologize, I want to find out where they live and just say I'm sorry," she said.

CTV News is not sharing the woman’s name because the identity of the accused in the case is protected by the youth criminal justice act.

The mother of one of the young suspects charged in this assault wants her son to be held responsible.

Two youths are facing charges of assault after a teenager was beaten up at the skate park on Forest Glade Drive on Monday afternoon.

The assault was captured on video and posted to social media, prompting the mother of one of the suspects to call police.

She told AM800 News, the video is heart-breaking and that seeing her son involved "killed her inside.'

She says she didn't raise her son to be what she calls inhumane saying he needs to be held responsible adding he'll be kicked out if he doesn't get help.

Police are still investigating this incident and still are hoping to speak to any witnesses.

CTV News has not been able to independently verify the origin of the video posted to social media.