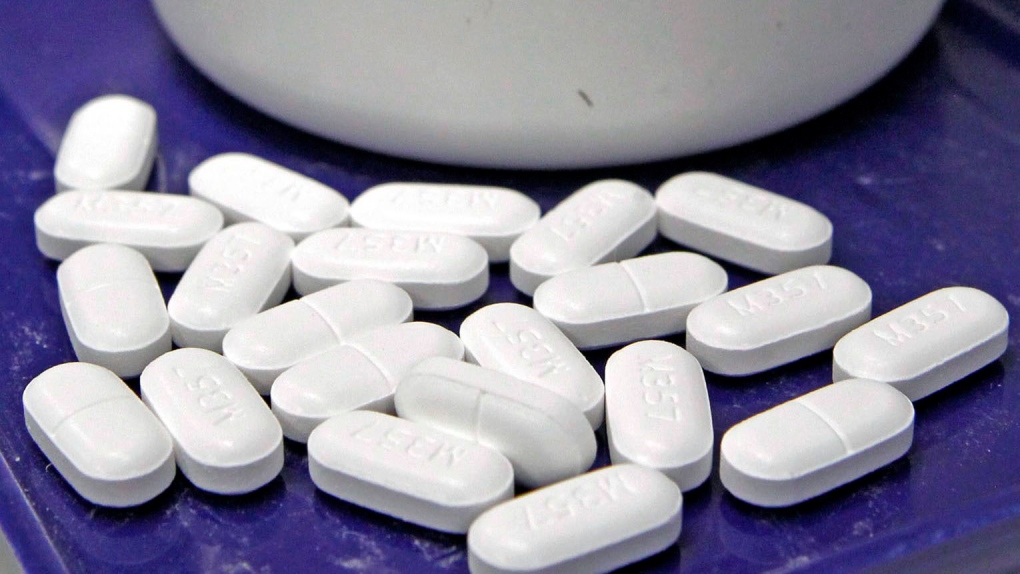 Pills of the painkiller hydrocodone at a pharmacy in Montpelier, Vt. on Feb. 19, 2013. (AP Photo/Toby Talbot, File)

Two Windsor men have been charged after a drug trafficking investigation.

Members of the Windsor police drug and gun enforcement unit started an investigation on Tuesday.

On Thursday at about 9 p.m., DIGS officers arrested the suspect man without incident in the 1000 block of Walker Road.

During the investigation officers identified a second man operating a 2006 black Mercedes who was believed to be working with the original suspect.

Information was received that the original suspect was delivering cash to the driver of the Mercedes after he made a drug transaction.

After the original arrest, DIGS officers conducted a vehicle stop involving the black Mercedes in the area of Walker Road and Riverside Drive.

The driver was arrested without incident and found to be in possession of over $1,000 Canadian currency.

During this investigation, officers seized 25 hydrocodone pills, one cell phone, and $1,230 in Canadian currency.

Hydrocodone is a prescription opioid drug.

Geoffrey Lavery, 27, from Windsor, is charged with three counts of trafficking in a controlled substance - suspected hydrocodone.

Predrag Obradovic, 54, from Windsor, is charged with two counts of trafficking in a controlled substance - suspected hydrocodone,  one count of possession of property obtained by crime.