Community organizer Kiemia Rezagian says she was "surprised" and "disappointed" to see Windsor Mayor Drew Dilkens openly advise residents in the city to vote for Progressive Conservative candidates in the provincial election.

"I felt a little bit alienated by this decision. I worry that endorsing the Conservatives would also alienate other Windsorites who don't feel like Doug Ford is appropriately representing them," said Rezagian.

The mayor's endorsement of the PCs was announced Friday during Ontario PC Leader Doug Ford's visit to Windsor.

Touting recent announcements such as the $5-billion electric vehicle battery plant, the possibility of Windsor's electrical capacity being able to support an LG Chem plant and the return of the third shift at the Windsor Assembly Plant, Dilkens encouraged voters to "please send some MPPs from our region to Queen's Park that will actually have seats and voices around the government table."

For Rezagian, the mayor's endorsement felt "out of place" and she believes Dilkens should remain impartial before encouraging his constituents to vote for one specific party when casting their ballot on June 2.

"I thought it would have been a more appropriate choice to tell Windsorites and tell the community to be aware that there's a provincial election, to look at all the platforms and decide for themselves what is best for Windsor. So that it demonstrates he has trust in the residents of Windsor to make those decisions. Instead, he felt like he had to tell Windsorites what the best decision for for ourselves is," Rezagian said, adding she feels her family has faced "worse outcomes" due to Ontario PC policies.

"I worry how many people are plugged into the mayor and are going to make this decision simply because the mayor said so ... The mayor's job is to represent constituents in Windsor, across political stripes, and doesn't have to engage with these kinds of party politics that the provincial and federal governments have to engage with." 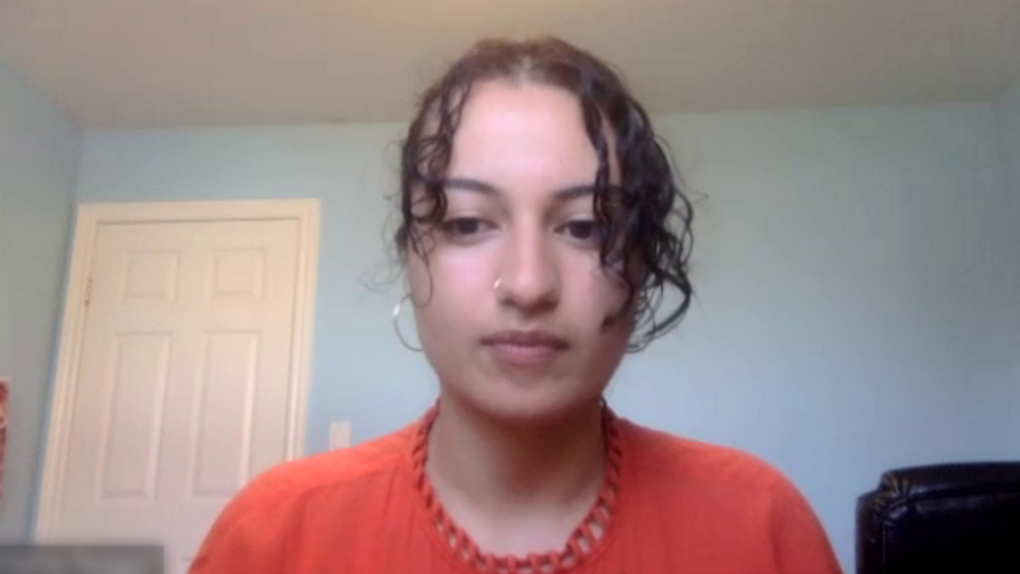 Windsor resident Kiemia Rezagian says she feels 'alienated' by Windsor Mayor Drew Dilkens endorsing the Ontario PC Party in the provincial election. She believes, as mayor, Dilkens should not be influencing his constituents to vote for one provincial party over another. (Sanjay Maru/CTV News Windsor)

But according to University of Windsor political science professor Lydia Miljan, there are no rules prohibiting municipal officials from endorsing provincial candidates, even during an election cycle.

She adds that Dilkens publicly endorsing the Ontario PC Party is well within his right.

"The only consequence is that, if people don't agree with him, they can exercise their ballot in October [for the municipal election]," said Miljan, adding his public support for Ford is no different than a union supporting one party over another. "That is the nature of democracy where people can express their views. Some people, indeed, have more influence over others than just regular folk, but that's your political capital."

Dilkens responded to concerns from residents over his public support for the Ontario PC Party. When asked by CTV News why he felt implored to encourage residents to vote blue, Dilkens said it comes down to the level of "cooperation" he's received from Ford.

"From the first day that I ever met Doug Ford almost four years ago, he has been an open ear. He said, 'You text me or call me at any time.' He has made himself available and he has delivered for the community," said Dilkens, before touting the success of previously-mentioned projects. "I sure hope that he gets in again and that we elect people from this from this community that can sit around the government table and be part of making important decisions for our future.

"Moving forward, I know we have some big things in front of us that we're going to need the support of the provincial government to get across the hump. I have not been able to work as effectively with any other Premier."

Since becoming Windsor's mayor in 2014, two people have served as Premier of Ontario — Kathleen Wynne and Doug Ford.

Dilkens also spoke directly to individuals who feel he should not be encouraging residents to vote for one provincial party over another.

"I'm a voter, too. I'm speaking from experience. This is a move that I believe is the best thing for my community," the mayor said. "It's not just about delivering. It's about being able to communicate; taking phone calls, willing to meet to talk about important issues ... I want to make sure I'm lending my voice to see that relationship continue because he has delivered for Windsor-Essex.

Dilkens also addressed longstanding rumours that his support for Ford stems from the mayor's own desire to run for provincial politics.

"Let me put that to rest. I am quite happy being mayor. I think that's where the rubber hits the road in politics. I admire people who want to run for higher office, whether it be as MPP or an MP, but that's not in my cards. I like being the mayor," added Dilkens.

"I'm doing this because this is right for my community. I suspect, based on every poll and what I'm hearing from people that Doug Ford will be strongly reelected in Ontario. I want to make sure that our community is well positioned to benefit from that re-election."

Following the mayor's endorsement of the PCs, Ontario Liberal Leader Steven Del Duca's campaign office sent a statement to CTV News, expressing "confidence" in the will of voters.

"We have incredible local candidates in Manpreet Brar, Linda McCurdy and Gary Kaschak who will be fantastic representatives for the Windsor community at Queen's Park," the Liberals statement said.

Following publication of this story, the Ontario NDP sent a similar statement which referenced the history of their MPPs in the region. Both Essex MPP Taras Natyshak and Windsor-Tecumseh MPP Percy Hatfield are not seeking re-election.

"The NDP’s Windsor MPPs have been fierce advocates for Windsor families for many years. Lisa Gretzky has stood alongside auto workers, fought for better health care and advocated for families in her community since she was elected in 2014," the NDP statement said. "Our new candidates, Gemma Grey-Hall and Ron LeClair, will carry their torch and keep working to make sure the Windsor-Essex region is an even better place to live."

You can view a full list of all local candidates running in the 2022 provincial election here.