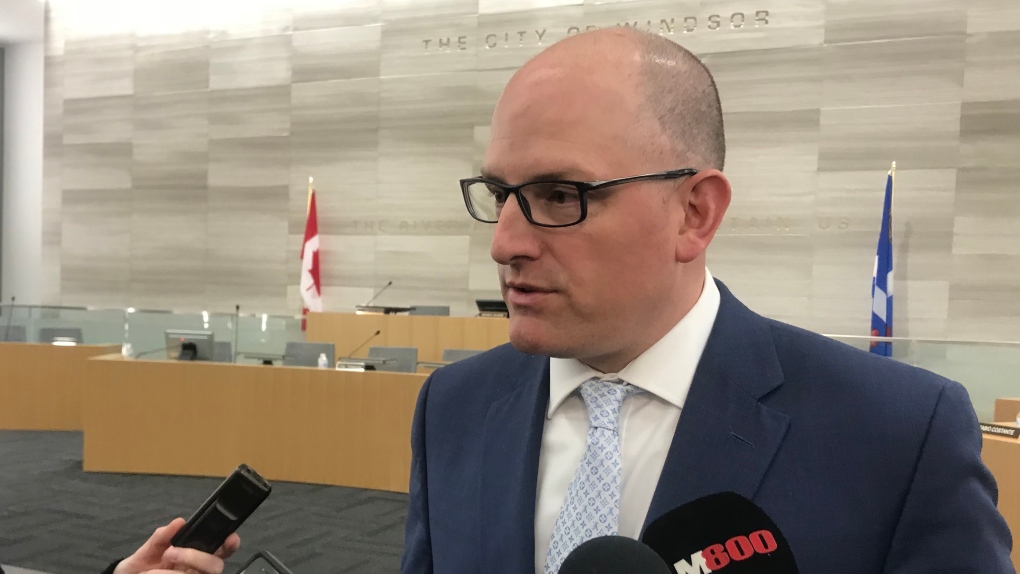 WINDSOR, ONT. -- Windsor’s Mayor feels municipalities, like Windsor, are being shut out of the Province’s COVID-19 Economic Recovery Act 2020 and the Federal Government’s fiscal snapshot for the nation which was tabled on Wednesday.

In a statement sent to CTV Windsor, Drew Dilkens says neither government took the opportunity to put money forward to support municipal governments coping with local budget pressures that the pandemic has caused for cities and towns across the province.

Dilkens comments in the statement, “our Fiscal Update Report to Windsor City Council next Monday outlines how we have already managed to find $17 million in savings within our internal budgets, but this still leaves $30 million that we expect the higher orders of government to cover.”

In a follow-up interview, Dilkens said he and other mayors across the province had a “good chance” to speak with premier Doug Ford and Municipal Affairs and Housing Minister Steve Clark Wednesday.

“Clearly there is a level of frustration out there that the province and the federal government have not come to a resolve yet on how they are going to fill the budget holes that all municipalities have as a result of Covid,” the mayor said.

A letter from the minister says his government recognizes the role that municipalities have in restarting the economy.

“We are also continuing to negotiate with our federal partners to ensure communities across Ontario receive the urgent financial support they need,” Clark said in the letter.

Still, Dilkens says while upper levels of governments have put forward billions in new spending to support workers, businesses, farmers, and charities, municipalities have been left high and dry.

The mayor worries both levels of government have not been able to reach a fair deal for local governments and is concerned ratepayers will be left to pick up the bills.

“The Premier definitely understands the challenges that municipalities are facing in Ontario and the holes that have been created in each of our budgets with respect to Covid are material,” he said. “The city of Windsor’s case is about $30 million and so if we were to just to raise that amount through the property tax base, we are talking about a 7.5 per cent property tax which would be unpalatable to anyone — myself included.”

Dilkens says he’s calling on Ottawa and Queens Park to set aside differences and will be reaching out to members of parliament to explain the city’s position.

“Municipalities are constitutionally called ‘creatures of the province’ which means we rely on the province to help deal with situations like this. It is impossible for any municipality to handle the holes that are created by Covid and frankly the best levels of government that can help dig out the whole are provincial and federal government,” he said.

“We need them to sit down in a room and don’t come out until you actually come to a resolution that’s going to address this very significant challenge we all face.”