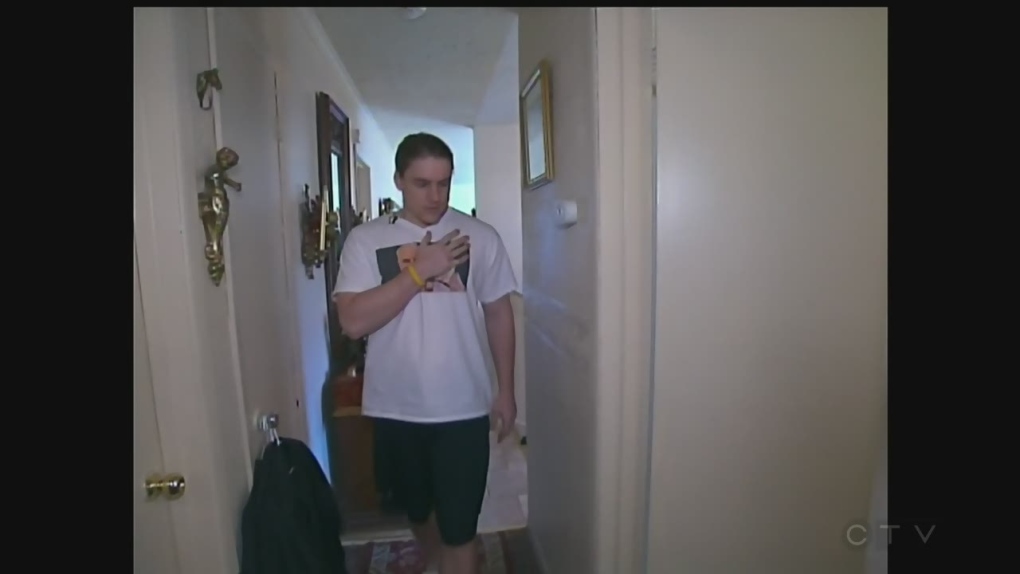 Windsor man Adam Maier-Clayton told CTV News earlier this year that he hoped his story would open up a national conversation about including mentally ill patients in assisted-dying legislation.

A Windsor, Ont. man who pressured the federal government to allow him and others with severe mental illness access to doctor-assisted death has died.

“I love you Adam and know deep in my heart, that you are no longer in pain,” Margaret Maier wrote. “...Rest in peace my beautiful son. I am devastated.”

Maier-Clayton's own Facebook page has has become a memorial page, filled with dozens of tributes and a message reading: "We hope that people who love Adam will find comfort in visiting his profile to remember and celebrate his life."

Maier-Clayton suffered from depression, anxiety and a psychiatric condition called somatic symptom disorder which left him in extreme pain with no apparent physical cause.

“There is no cure for what I have,” Maier-Clayton told CTV News in an interview earlier this year. “With modern science we don't understand mechanically what is going on inside of my brain.”

Graham Clayton said his son’s sole purpose in his final year of life was to be an advocate for medically-assisted death for those with the most severe cases of mental illness for whom there is no treatment and who wish to end their suffering.

Clayton said he plans to continue his son’s campaign.

As the law on medically-assisted death stands now, Canadians with mental illness do not qualify for a doctor-assisted death. The legislation allows assisted deaths only for consenting adults "in an advanced stage of irreversible decline" from an incurable illness and for whom natural death is "reasonably foreseeable."

However, a review is underway to consider whether the mentally ill, mature minors, and those diagnosed with dementia or other “competence-eroding” conditions should be allowed to receive the end-of-life procedure. The review is expected to be complete by December 2018.

Many mental health advocates oppose access to assisted dying for the mentally ill. They say that most psychiatric disorders can be treated with the right care.

Maier-Clayton’s death comes after he tried numerous medications to control his symptoms, which included unexplainable pain, headaches, burning sensations, nausea and other problems. He said the treatment he received was not making a difference.

“That’s the fact -- some people aren't going to get better, we don't have treatments for them,” he said. “It’s pain you can’t see, but it’s pain nonetheless.”