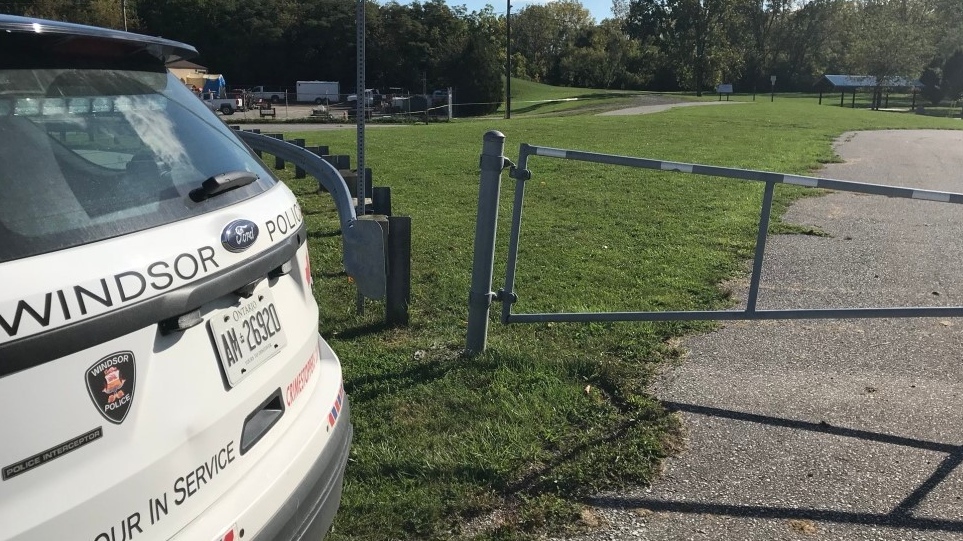 WINDSOR, ONT. -- A Windsor man has been sentenced to life in prison for a ‘brutal attack’ on an elderly woman on the Ganatchio Trail.

Habibullah “Daniel” Ahmadi, 24, was sentenced to life in prison by Justice Bruce Thomas Thursday. Ahmadi cannot apply for parole until he has served 13 years behind bars.

Ahmadi was convicted in Nov. 2020 of second degree murder in the death of Sara Ann Widholm, 75.

She was attacked on Oct. 8, 2017, while she collected garbage along the Ganatchio Trail in east Windsor.

Thomas described it as a “savage beating on this defenceless elderly woman.”

“He punched her in the face, causing her to drop down face first. While Sara Ann Widholm begged him to stop, he rained down approximately 20 blows to the back of her head, including elbow strikes. He then picked up her head and slammed it into the ground on several occasions,” Thomas read.

He noted that Ahmadi was an “enthusiast” of mixed martial arts.

The judge pointed out that Evan Hooper-Gelinas, an acquaintance of Ahmadi who witnessed the attack, tried to get Ahmadi to stop “but was brushed aside.”

Thomas described Widholms’ injuries as devastating, which even after multiple surgeries left her in a persistent vegetative state until she died 14 months after the attack.

At trial, defence lawyer Patricia Brown argued Ahmadi had consumed psilocybin, also known as “magic mushrooms” before the attack, and he told the Court he remembered very little about what happened.

Thomas gave Ahmadi credit for admitting to his actions and expressions of remorse.

“But it is tempered by his continued insistence that his drug-induced state presented him with an altered reality, absolving him of his criminal act,”added Thomas.

Windsor Mayor Drew Dilkens drafted a Community Impact Statement for Ahmadis’ sentencing hearing for which the defence took issue and tried to have rejected.

In it, Dilkens wrote about how the unprovoked attack on an elderly resident left the community feeling unsafe.

Thomas says the mayor’s statements “only emphasizes what I already knew. That a crime like this, in a popular recreational area brings anxiety to the community at large.”

Ahmadi’s youth, lack of criminal record, a supportive family and his plans to pursue a career as an electrician when he gets out of prison, were all cited by the judge as mitigating factors for his chances of rehabilitation.

Aggravating factors, according to the judge include the viciousness of the attack on a vulnerable victim, that the attack continued in spite of a warning from his friend, and Ahmadi fleeing the scene of the crime.

“Mr. Ahmadi had done his best to wash Sara Ann’s blood off his shirt,” read Thomas.

A second degree murder conviction carries a life sentence in prison, all Thomas was tasked with deciding was how long until Ahmadi can ask for parole, which he set at 13 years.

Ahmadi listened to the sentence, held virtually, from a holding area at the Southwest Dentention Centre.

He showed no emotion when given his sentence.

Assistant Crown Attorney Renee Puskas had asked for a term of parole ineligibility of 14 to 17 years.

In a statement to CTV News she says “Justice Thomas heard all of the facts and applied the law to determine a fit parole ineligibility period in the circumstances of this horrible case. I respect his decision.”

Defence lawyer Patricia Brown declined to comment after the sentencing.