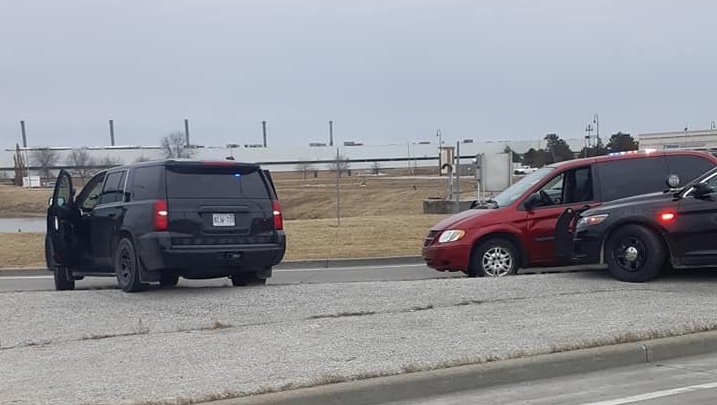 A Windsor man has been charged after police say he failed to stop on Highway 401 and hit a police cruiser with a stolen vehicle in Essex County.

On Sunday around 11:30 a.m., the OPP London Provincial Communications Centre received a report of an un-plated motor vehicle travelling at a high rate of speed westbound on Highway 401 east of Chatham.

Additional information was received that the vehicle had been stolen from the Brantford area.

Police say several attempts were made to stop the vehicle but the driver failed to pull over.

The vehicle continued on Highway 401 into Essex County, exiting at County Road 19 (Manning Road). Officers discontinued the pursuit in the interest of public safety.

A short time later, the suspect vehicle was observed at a service station at the intersection of County Roads 19 and 42.

Officers attempted to arrest the driver, but police say upon seeing police he re-entered the vehicle and sped away.

The vehicle was again followed and during an attempt to block the vehicle in, police say the driver of the vehicle made intentional contact with a police cruiser.

The vehicle was eventually stopped by multiple officers near the intersection of County Road 22 and Patillo Road and the driver was taken into custody without incident.

No injuries resulted and minor damage to one police vehicle was reported.

Justin Elwood, 36, of Windsor appeared at a bail hearing in the Ontario Court of Justice on Monday.

He is charged with three counts of flight from police, dangerous driving, possession of stolen property and two counts of driving under suspension.