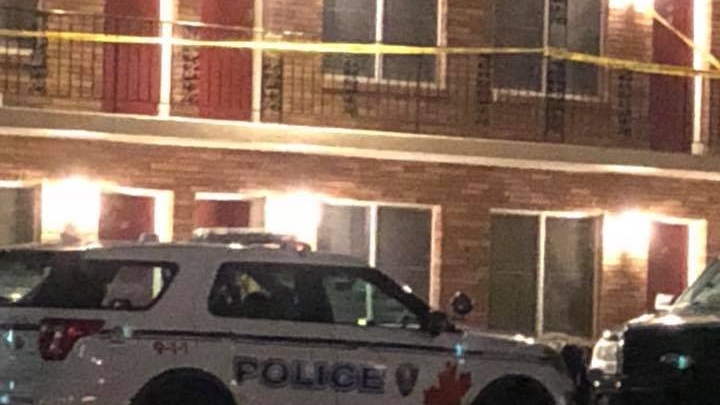 Windsor police say they are investigating the ninth murder of the year.

Police say a 36-year-old man has died after "dropping from the second floor of a hotel" on Monday around 12:30 a.m. in the 2800 block of Howard Avenue.

Officers received Information that a person had been seriously injured after dropping from the second floor of the building.

On Tuesday, the injured victim in this case, identified as a 36-year-old male from Windsor, succumbed to his injuries.

The case was classified as a homicide investigation by the Major Crimes Branch.

Robert Legebow, 19, from Windsor was originally arrested in relation to this investigation and is now charged with one count of second degree murder.

The number of murder investigations in the City of Windsor has climbed to nine.

18-year-old Darrion Moffatt from Windsor died after being shot at a home on Hall Ave. on Sept. 8. Two men from Windsor, 18-year-old Raul Huezo and 19-year-old Cody Kennedy, have been charged with first degree murder.

University student Jason Pantlitz-Solomon, 20, was shot and killed in downtown Windsor on August 27. Police are still searching for suspects.

David Sura, 38, from Windsor, is charged with one count of first degree murder after the death of his 66-year-old father at an Everts Avenue home in June.

Jitesh Bhogal, 27, a Canadian citizen residing in Michigan, is charged with first degree murder, aggravated sexual assault and break and enter in connection with the death of Autumn Taggart in June.

Mal Chol, 20, of Waterloo and Nouraldin Rabee, 19, of Windsor face numerous charges including first degree murder in the death of 16-year-old Chance Gauthier, who was found in an alley of Church Street on February 14. Rabee has not been arrested.

Yusuf Ali, 19, from Windsor, is wanted for one count of first degree murder in the death of 73-year-old Leonard Damm on a home on Bloomfield Road on February 18.

Michael Hiller, 43, is charged with manslaughter in the death of 51-year-old Joe St. Louis at a home on Daytona Avenue on March 24.

Windsor went through a murder-free streak from September 2009 until November 2011.