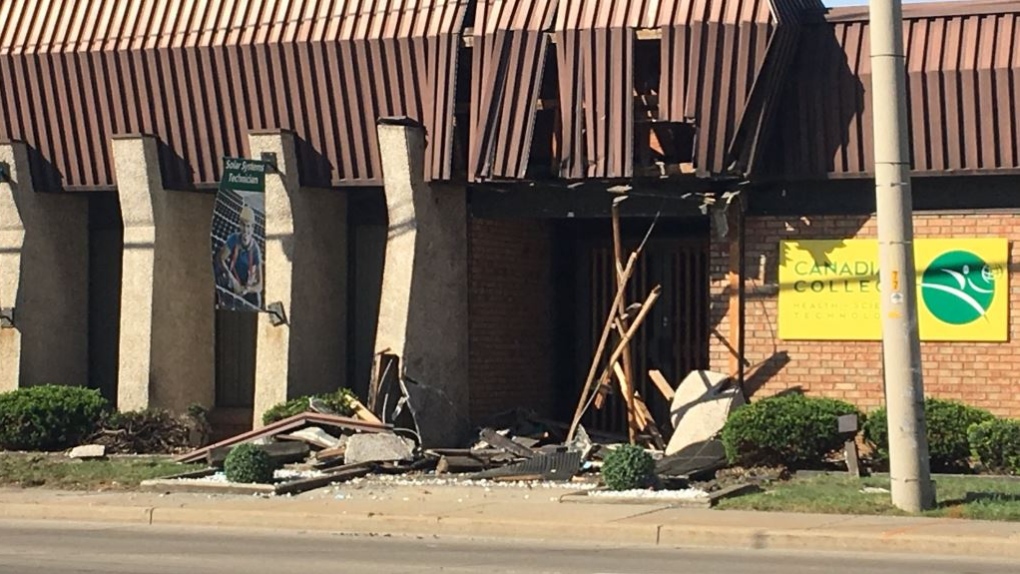 A Windsor man is dead following a two-vehicle crash on Walker Road.

Emergency crews were called to the Canadian College of Science and Technology at 2 a.m. Saturday where they found a blue vehicle flipped upside down.

The driver was extricated from the vehicle and sent to hospital where he was pronounced dead.

Police say the man was in his mid to late 40s.

Walker Road between Mohawk and Seneca was blocked off to drivers as the traffic reconstruction team investigated the scene. The road has since reopened.

A toxicology report is schedule to determine if alcohol, drugs, speed or a medical condition played a roll in the crash.

The other driver of the vehicle was a female. She suffered no injuries.

No chargers are being laid.

No other occupants were inside either vehicle at the time.