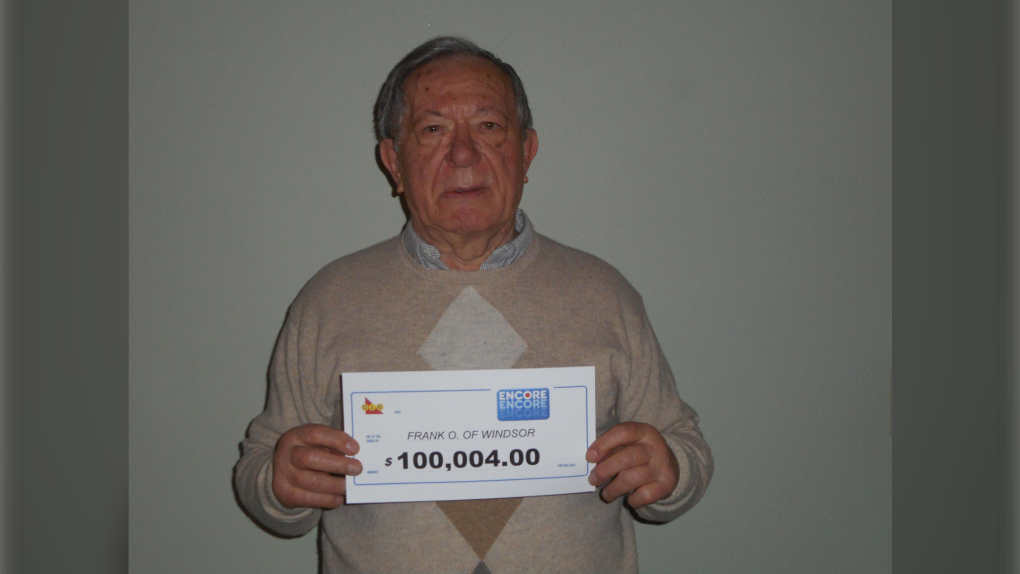 WINDSOR, ONT. -- A skilled tradesman from Windsor plans to use his more than $100,000 winnings to “do something big” to celebrate a milestone anniversary with his wife.

Frank Ostrogonac won $100,000 playing Encore along with a combined $4 on two other Encore draws on the same ticket. He was sitting at the breakfast table checking his ticket when he realized he had matching numbers.

“At first, I thought I won $2, then $10 – when I noticed I matched six numbers, I couldn’t believe my eyes,” he said. “I knew I won some money but didn’t know how much until I went online. I was flabbergasted!”

Ostrogonac matched the last six of seven Encore numbers in exact order in the Jan. 29 Lotto Max draw to win.

“It feels great – I can do things I’ve always wanted to do for a long time,” he said

Ostrogonac plans to use his winnings toward celebrating a very special occasion.

“My wife and I have a milestone anniversary coming up this year, which is a great reason to do something big!” he said.

With OLG reducing the number of winners that come to the prize centre in Toronto, Ostrogonac received his big win virtually.

The winning ticket was purchased at Petro Canada on Tecumseh Road in Windsor.