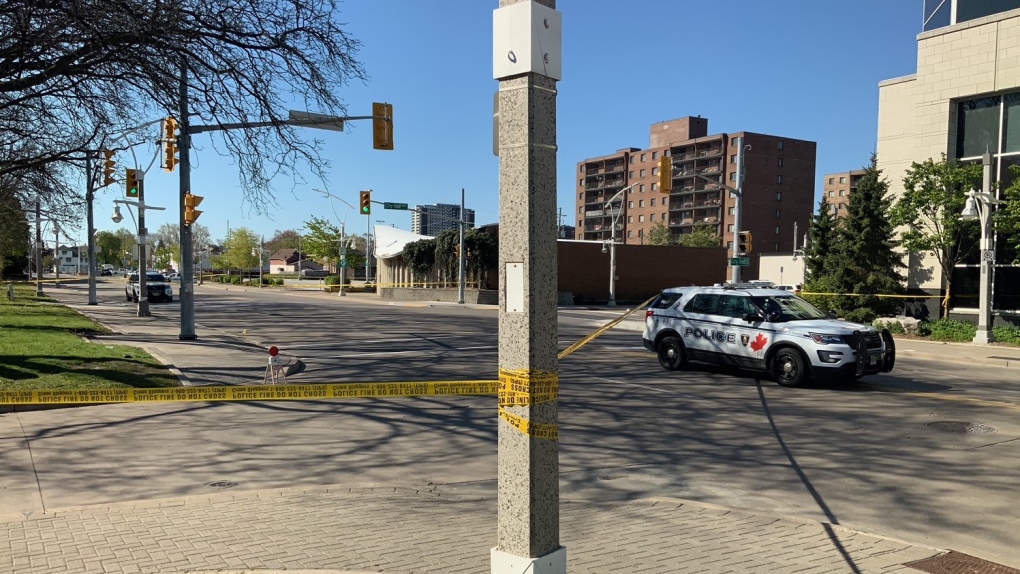 Windsor police have closed off streets near city hall in Windsor, Ont., on May 13, 2020. (Chris Campbell / CTV Windsor)

WINDSOR, ONT. -- A 20-year-old Windsor man has been charged with first degree murder after a man’s body was discovered downtown.

Windsor police launched a homicide investigation on Tuesday after officers found a dead man in the 400 block of City Hall Square East. Officers say the man had obvious signs of injuries.

CTV News spoke with a woman who says she helped police find the body after following a trail of blood.

Through investigation, members of the Major Crime Branch say they were able to identify a suspect responsible for the homicide.

On Wednesday, the suspect was located and arrested without incident.

Investigating officers applied for and received judicial authorization to search a number of vehicles and addresses associated to the investigation.

Search warrants were executed at a home in the 1700 block of Northway Avenue and a residence located in the 400 block of McDougall Street.

Jassee Yalda, 20, from Windsor, is charged with one count of first degree murder.

No other suspects are currently being sought. The case remains under active investigation.