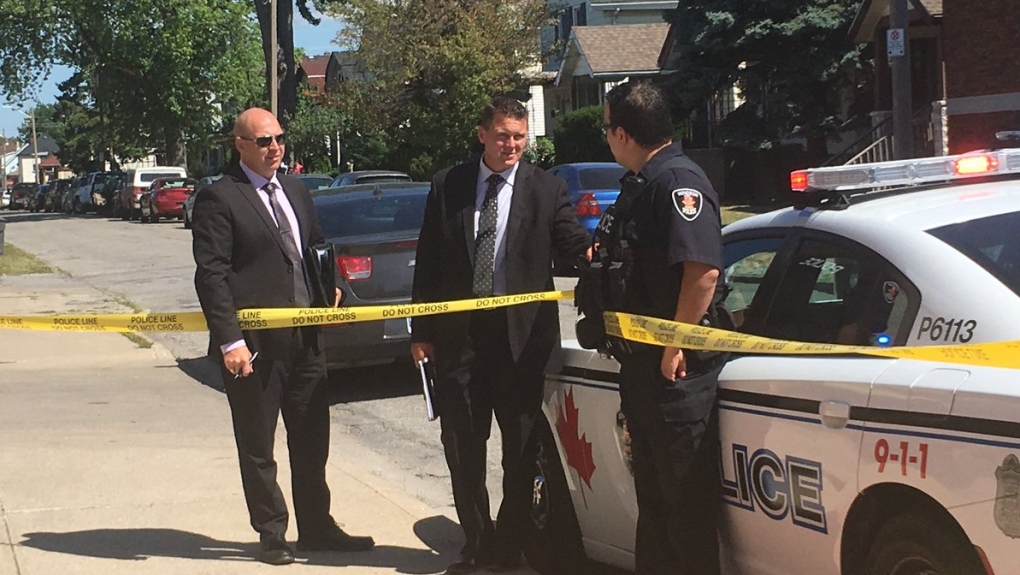 Inspectors on site following a report of an assault on Erie Street in Windsor, Ont., on Tuesday, July 17, 2018. (Bob Bellacicco / CTV Windsor)

A 45-year-old Windsor man is charged with assault with a weapon related to an incident on Erie Street.

Windsor police officers were called to the area of Erie Street East and Elsmere Avenue for a report of an assault with a weapon on Tuesday at about 9 a.m.

Police say they received information that a man with an expandable baton assaulted a victim and was last seen walking westbound on Erie Street.

Multiple units attended the area in search of the suspect and to speak with the victim.

Officers spoke to the victim, who was bleeding from the head and had sustained serious injuries.

Officers located the suspect in the 600 block of Marentette Avenue and advised him that he was under arrest.

Police say the suspect refused to comply and advanced on officers while holding the baton.

Officers say they used their Taser, but the suspect continued to resist his arrest.  Officers were able to gain control of the suspect and place him under arrest.

Police say the investigation revealed that the victim was approached by the suspect in the area of Erie Street East and Elsmere.

The suspect allegedly began striking the victim with the baton and a struggle ensued.  While struggling with the suspect, the victim yelled out for a witness to call the police.

The suspect subsequently walked away.

David Greganti, a 45 year old male from Windsor, is charged with assault with a weapon, aggravated assault, resist arrest and assault peace officer with a weapon x2.