Windsor hospital CEO self-isolating after crossing U.S. border to get medication for patient 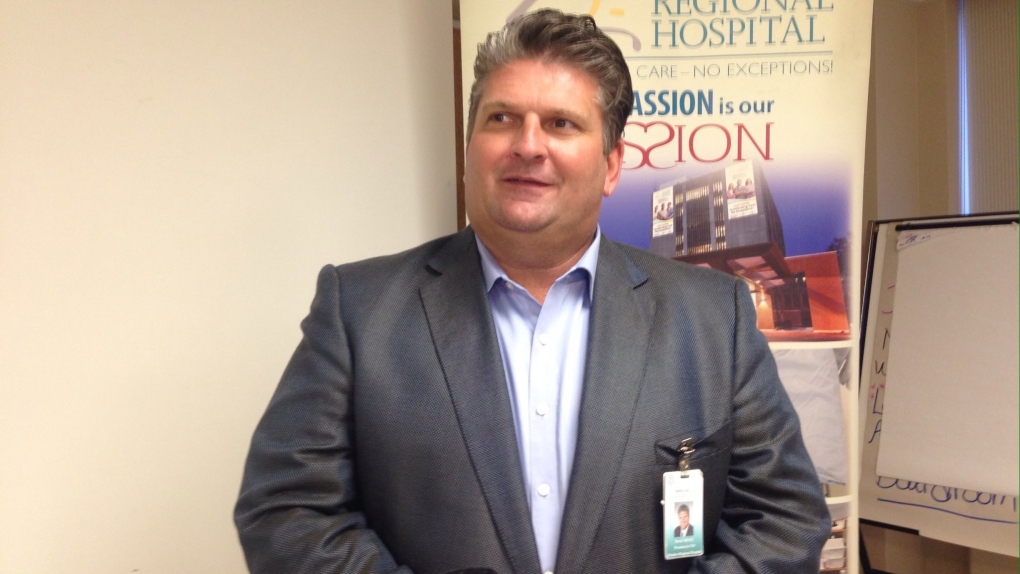 WINDSOR, ONT. -- The President and CEO of Windsor Regional Hospital is on his second day of a 14-day quarantine after picking up a rare medication for a patient in the ICU department.

David Musyj says one of his staff was ready to cross the border Sunday evening to pick up a drug which was not readily available in Ontario.

"We call Ontario then Michigan hospitals to search for medication at other hospitals, but this medication was not available on this side of the border in the time the patient needed it,” said Musyj.

However, they discovered it was available at the University of Michigan Hospital in Ann Arbor.

Before the pandemic, the trip would have been routine for a staff member, but Musyj was concerned the hospital pharmacist would be required to self-quarantine.

“The pharmacist was willing to go – even though it would be mean a personal sacrifice of self-isolating,” Musyj added.

Musyj, who has dual citizenship, made the trip instead.

There was some concern when he returned to Canada with the medicine as this is the first time since COVID that the hospital has needed a drug stateside.

He was allowed to proceed but was told at the border he would need to self-isolate and he couldn’t stop and had to go right home.

Musyj said he slowed down his vehicle outside Ouellette Campus and passed off the medicine to a hospital employee.

He can’t say how the patient is faring, but the drug was received.

The incident made Musyj aware of transporting hospital medication across the border during a period of travel restrictions.

“It is something we are now working with the feds to bring across medication,” he said.

Musyj said he was simply doing his job but instead credits the pharmacist who was willing to go above and beyond to help a hospital patient.