WINDSOR, ONT. -- The City of Windsor is demanding a homeowner cut down his beloved sunflowers on this front lawn after authorities deemed the plants are too tall.

Spencer Allossery says he's been told to cut down the flowers on his property because they are too tall and are causing visibility issues.

"I came home from work last night and I get a note from the City of Windsor that says that I probably have to take them down,” says Allossery. “I am too tall on the city right-of-way."

The city served a written notice, saying they are obstructing sight-lines for commuters, traffic and safe access to city property.

As of Thursday evening, Allossery complied with the order and cut down the sunflowers in his front yard, leaving only a few stalks left in front of his home. 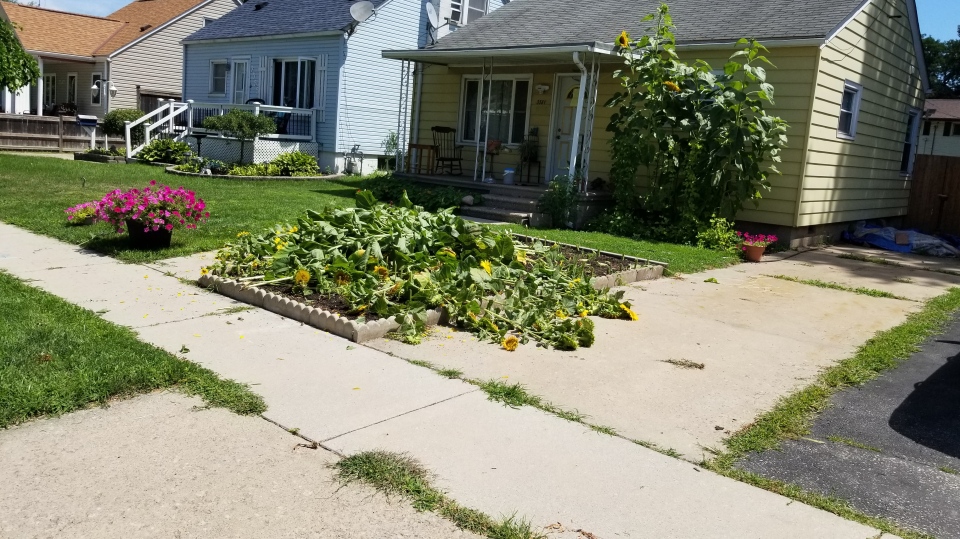 He hoped he could find an agreeable resolution with the city that will save the flowers, a venture that he and his five-year-old daughter Katelyn have enjoyed this summer.

"I think Katelyn's solution would be to pack up a big bag of sunflower seeds and hand them out to everyone in the city, to share the love and the beauty."