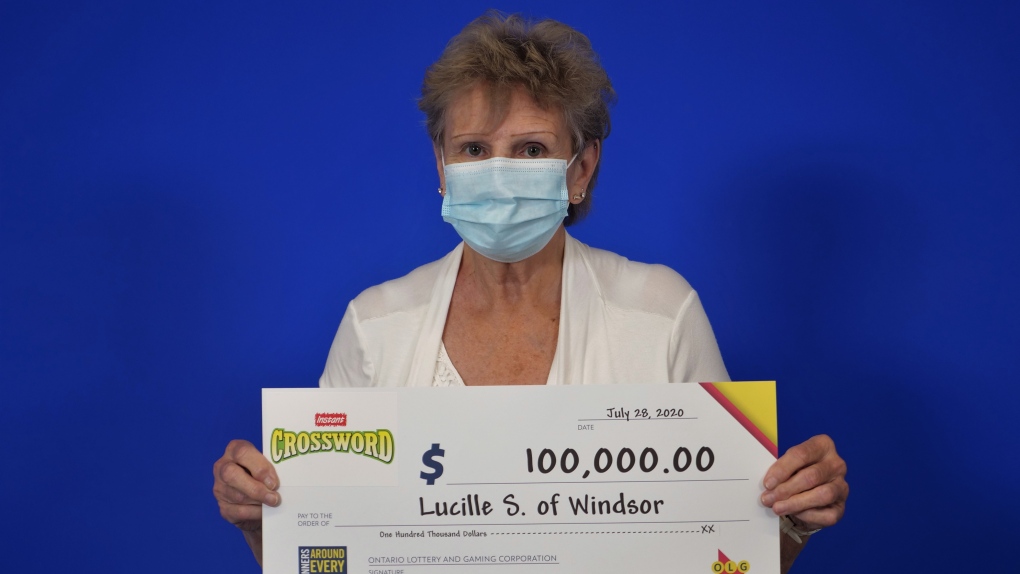 WINDSOR, ONT. -- A Windsor grandmother has an extra $100,000 after buying a lucky scratch ticket.

The 74-year-old married retired automotive assembler said she uncovered her win at home while her husband, who wasn’t feeling well, was resting.

“I woke my husband up and asked him to check the ticket for me – but he looked at me like I was crazy so I told him to go back to sleep, and then I went to the store to validate my ticket,” she said while at the OLG Prize Centre in Toronto to pick up her cheque.

Soulliere said she scanned her ticket several times using the ticket checker at the store before she brought it to the clerk to scan at the lottery terminal.

The mother and grandmother plans to put some of her winnings aside for a vacation to relax for a couple of weeks. She also plans to pay her bills and enjoy debt-free living, which she says is ‘the best thing in the world.’

“I feel good. Having never won before, it’s hard to accept, but I feel very fortunate,” she said.

The winning ticket was purchased at Stop 42 on County Road 42 in Windsor.