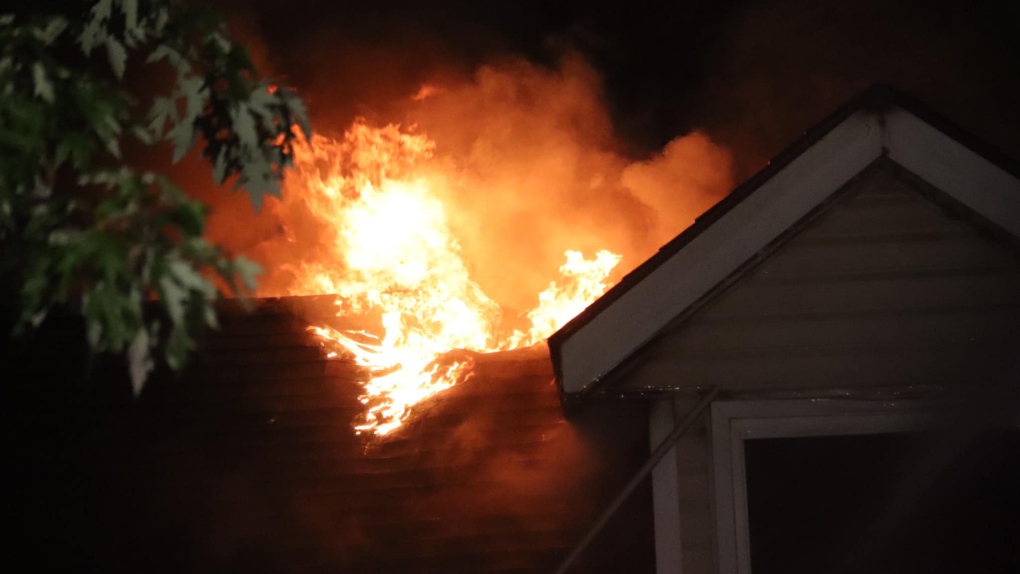 For the second time in the same day, Windsor fire responded to a blaze near the Devonshire Heights area.

Crews were called to the 3800 block of Turner Road near Walker Road around 11 p.m. where it took about two hours to get the fire under control.

The cause has been listed as “undetermined” and a social media post from Windsor fire indicates there were no injuries and damage is estimated at $350,000.

Three people were displaced earlier on Monday after a house fire in the 3700 block of Turner Road near Walker Road.

Officials said the cause of that fire was accidental and damage was estimated at $240,000.