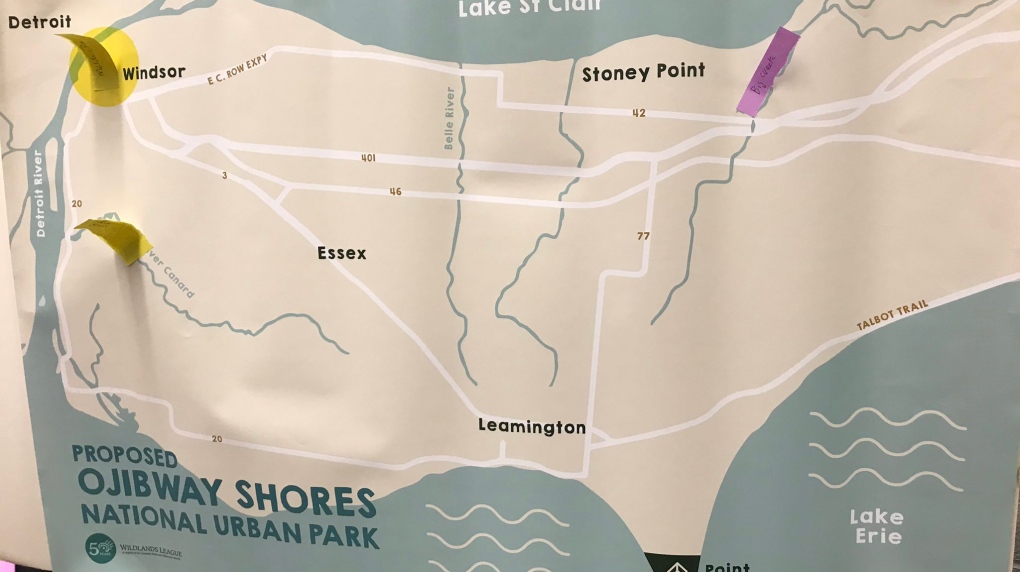 Windsor-Essex residents learned more about the idea of creating a national urban park on the last remaining undeveloped green space along the Detroit River shoreline.

It was a full house at the town hall meeting at Capri Pizzeria Recreational Centre in south Windsor Tuesday night, as experts discuss the benefits of a proposed Ojibway National Urban Park to permanently protect Ojibway Shores.

The event was hosted by Windsor West MP Brian Masse with invited members of the Caldwell First Nation, the Wildlands League, friends of the rouge watershed and professor John Hartig.

Environmental speakers say Ojibway Shores is home to hundreds of endangered species that depend on migration through surrounding local parks for survival.

The goal is to have the 33-acre greenspace merged with adjoining properties like the Ojibway Prairie complex to form a park of nearly 900-acres.

The land is currently owned by the federal government, and managed by the Windsor Port Authority.

Hartig, professor at the Great Lakes Institute For Environmental Research at the University of Windsor, says the Ojibway National Urban Park could become one of North America's ‘treasures.’