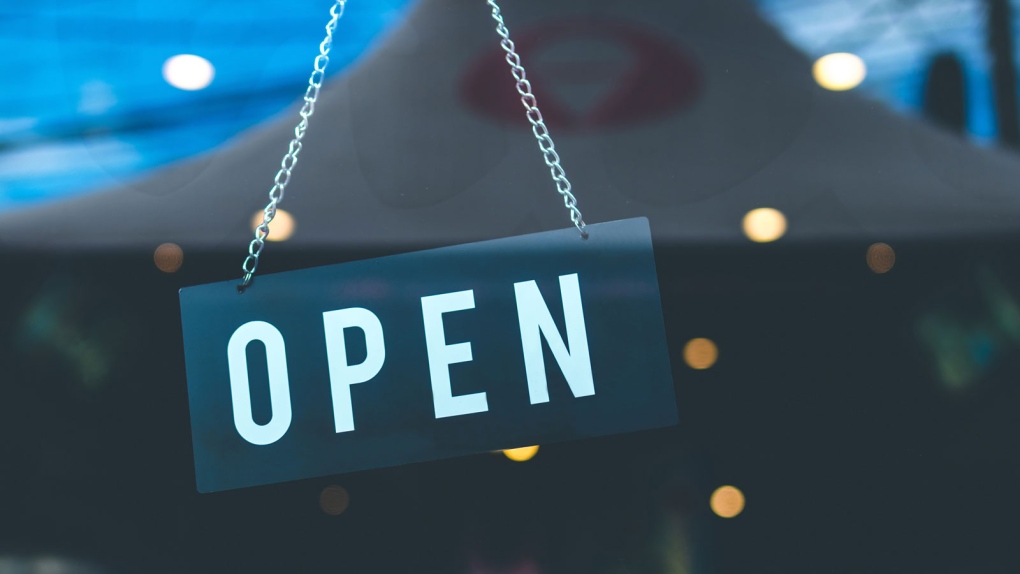 An open sign is seen in an undated photo. (Artem Bali/Pexels)

WINDSOR, ONT. -- Windsor-Essex gets to stay in Stage 3 of reopening as other COVID-19 hotspots in Ontario are moving back to a modified Stage 2.

Effective 12:01 a.m. on Oct. 10, a number of new measures will be implemented in Toronto, Peel Region and Ottawa, which includes the shutdown of indoor dining and gyms for the next 28 days.

Schools and daycare centres will remain open across the province.

As a previous hotspot, Windsor-Essex was the last region in the province to advance to Stage 3 on Aug. 12.

Some Windsor business owners are worried about being forced to close again.

“It’s hit and miss, I think everybody is kind of waiting for the other shoe to fall off,” says Ris Massetti, owner of Kurley’s AC restaurant and bar.

Kurley’s AC has been an Erie Street mainstay for 32 years. Massetti says restaurants, bars, gyms seem to come across as the bad guys, but say they’re the ones to take the first hit.

“Phase 2 in fall and winter, basically you may as well close the place down and go back to strictly take out,” says Massetti.

Massetti says doesn’t know how many businesses would be able to survive a step back to Stage 2.

“If they do decide to shut it down, again a lockdown, I hope they have some sort of a rescue program in mind,” he adds.

Owner of True Fitness Luis Mendez says they held on last time and were able to reopen both of their facilities, but they can’t afford to shut down again.

“It’s really scary for myself and our region and this could be the scenario for us down the road,” says Mendez.

After high case counts in the summer, especially in the agri-farm sector, Windsor-Essex has reported low new case counts over the past month.

"The best thing the premier has done is make regional decisions,” says Mendez.

Ontario is also urging people across the province to not travel to other areas, unless necessary.

“Travel to other regions in the province, especially from higher transmission to lower transmission areas, should only be for essential purposes," the government said Friday.

Provincial officials said if COVID-19 cases spike in other areas more regions will be added to the hotspot list.

Windsor mayor Drew Dilkens says what happened in the hotspots “should be a sign to all of us that we have the ability to control what we do and limit the spread of the virus by our own behaviour.”

Dilkens says the last thing he wants to see is a roll back to Stage 2.

“So let’s just follow the rules,” adds Dilkens. “There’s no doubt that seven months in, there’s still COVID fatigue. I get the fatigue, I feel a little bit of it myself. And we just have to remain vigilant. We have to recognize that this virus has the potential to cause great harm to human life.”

“Our numbers here have been really low here in Windsor-Essex, a very positive sign that everyone here is doing the right thing and I appreciate that sincerely.”