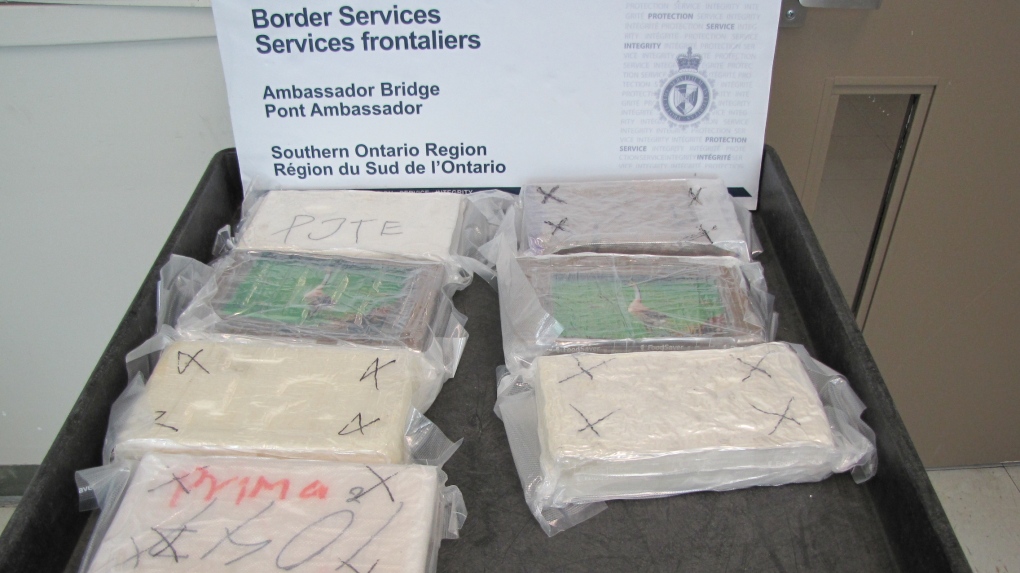 The Canada Border Services Agency arrested a Windsor man after he allegedly attempted to smuggle eight kilograms of suspected cocaine into Canada at the Ambassador Bridge.

On May 22, a vehicle containing two Windsor residents, a male driver and his son, was referred for a secondary examination.

Officers say they declared themselves as being absent for the day, visiting family in Michigan.

During the secondary examination, CBSA says seven bricks of suspected cocaine, with an approximate weight of eight kilograms, were discovered in the engine compartment of the vehicle.

“This brings the total seizure of cocaine over the past year to over 136 kilograms. I am very proud of the great work by our officers.” Said Rick Comerford, regional director general for southern Ontario region of CBSA, in a news release.

The driver was arrested.

Anthony Huttun, 44, of Windsor, is charged with importation of cocaine, possession for the purpose of trafficking cocaine.

The individual and the suspected cocaine were turned over to the Royal Canadian Mounted Police.