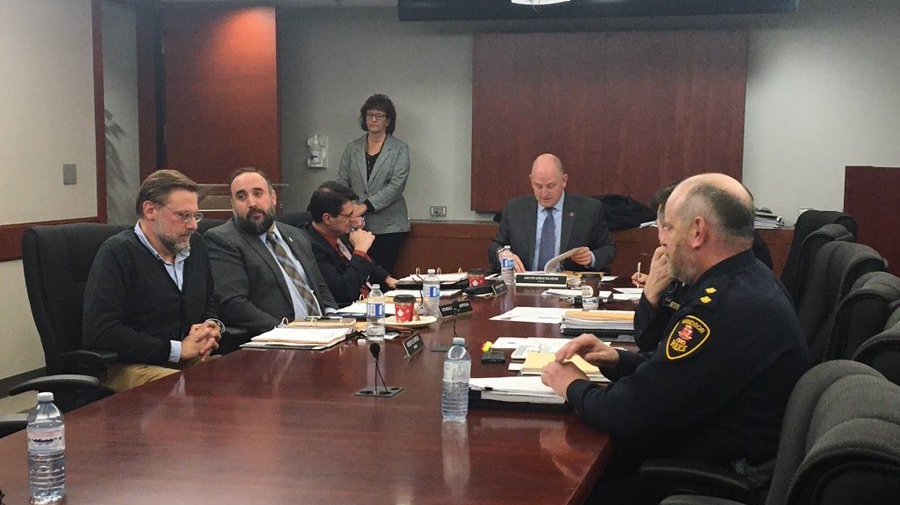 WINDSOR - -- It appears crime is on the decline in Windsor.

There were 199 violent crime incidents in October, a three per cent drop from October 2018.

Deputy police chief Brad Hill notes the five murder cases seen in 2019 is slightly above average for Windsor, but adds it's a steep decline from the 10 seen in 2018.

Hill also credits the problem oriented policing unit for a more than 16 per cent drop in property crimes.

Hill warns instances of fraud are on the rise, but says cameras are helping to catch criminals. There were 15 more than October 2018. The total was 151 this past October.

The Windsor Police Service Board has approved doubling the cash rewards in four unsolved murder cases dating back more than 40 years.

The $10,000 reward amount in each of the cases was up for its two-year renewal.

It’s hoped the boosted rewards will help bring people forward to give police new leads on the cold cases.

Police continue to investigate the murders of 6-year-old Ljubica Topic in 1971 and 25-year-old Kirk Knight in 1980.

The investigation also continues into the murders of mother and son victims, Marlene and Jason Sweet in 1982 as well as Debilleanne ‘Dee Dee’ Williamson and Brandon ‘Xavier’ Rucker in 2003.

“I can tell you personally, I worked on the Xavier Rucker case in 2003 and it still bothers me that we haven’t solved that because that was a solvable crime,” said Brad Hill, deputy chief for the Windsor Police Service.

In each of the cases, police lacked crucial evidence or eye witness accounts to move forward with murder charges.

“We thought we had a couple of good suspects at the time but, we didn’t have that one little piece of information to make sure that we had the right person,” said Hill. “Hopefully, maybe $20,000 will give us that one person that will tell us something someone else hasn’t told us yet.”