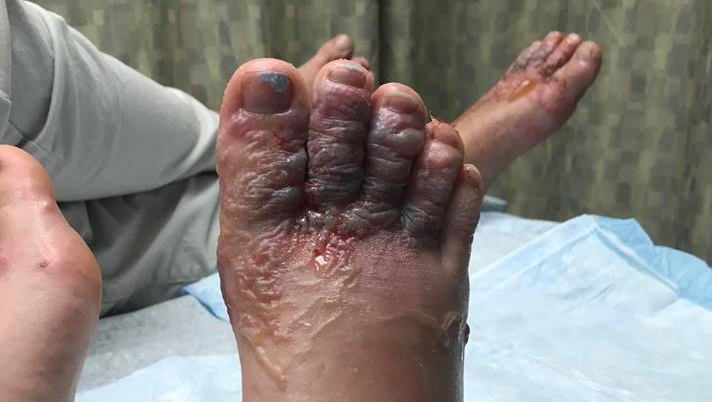 Katie Stephens posted photos of her feet stating both she and her boyfriend have worms. (Facebook)

A Windsor woman has a warning to travelers heading to tropical climates after claiming to have contracted Larva Migrans.

Katie Stephens posted photos on Facebook of her feet stating both she and her boyfriend Eddie have worms.

They believe they picked-up the parasites on a beach in Punta Cana.

She said both their feet became itchy and at first thought it was bug bites until it became worse.

Stephens says Health Canada denied a doctor's application to access the medication needed for their feet to recover.

However the family says they found a doctor with a license to prescribe medication in the U.S., and the couple purchased the pills for $88 on Tuesday.

They are now recovering at home.

As for advice for other travelers to the sunny south, Stephens suggests if your feet become incredibly itchy while on holiday, get it checked out right away.

She also suggests you check with your resort to see if staff clean the beach regularly.