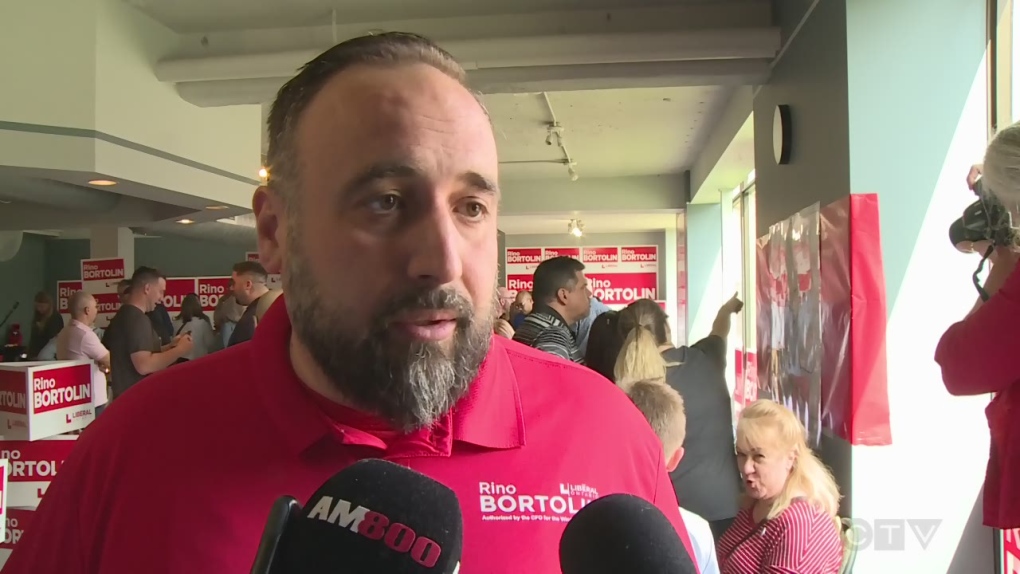 A Windsor city councilor who is already facing sanctions from the City of Windsor's Integrity Commissioner is now dealing with accusations on a separate matter.

As CTV news reported earlier this week, Ward 3 City Councilor Rino Bortolin was found to have violated Councilors’ Code of Conduct for remarks made to the Windsor Star. Bortolin has already announced he will go to court to overturn that finding.

Bortolin is also the Liberal candidate in the riding of Windsor West for the June 7 provincial election, and has now been confronted with allegations of bullying, harassment and foul language in relation to his conduct as part of the riding association.

Haddad also alleges Bortolin swore at him at the time.

None of the allegations have been proven.

Bortolin says he hasn't seen details of the complaint yet but does say the A.G.M. was an exciting night of politics.

“It was a hotly contested thing… election. It was a great night. The media should have been out there to see how three, four-hundred people actually came out to have a great night,” says Bortolin. “But sometimes emotions run high for sure, but those are issues that stay within, we'll say, the Liberal family. At the end of the day, emotions run high sometimes. The complaint, we'll deal with that. And we'll deal with the complaint when it comes forward.”

Bortolin doesn't seem to be putting too much weight into this latest complaint, stressing that anyone can file the paperwork regardless of the legitimacy of the claim.

He says he is looking to move onwards and doesn't feel these kinds of allegations are hampering him as he begins his campaign to be elected to Queen's Park.

Haddad is no stranger to conflict, having been regularly ejected from city council for disrupting meetings beginning in 2009.

He was escorted out of a meeting at city hall by police in November of 2012 and issued a no-trespass order — Haddad accused city officials of bullying and intimidation in the aftermath of that incident.

The trespass order has since expired, according to city officials. Haddad claims the Canadian Civil Liberties Association found the ruling unconstitutional and the ban was lifted.