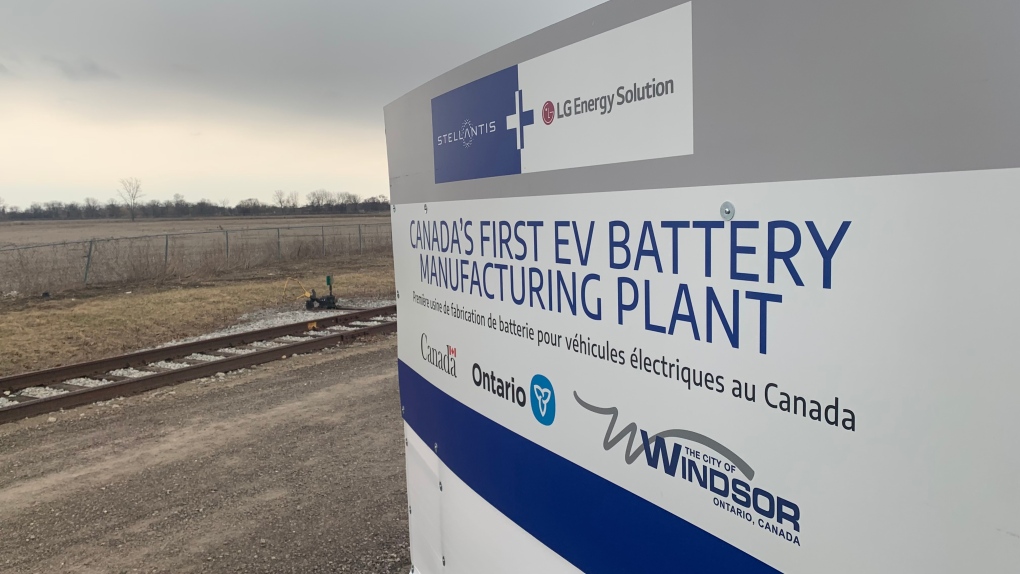 The future site of an electric vehicle battery manufacturing plant in Windsor, Ont. Stellantis and LG Energy Solution made the announcement alongside government officials on Wednesday, March 23, 2022. (Rich Garton/CTV Windsor)

A plan has been approved by Windsor city council to pay $53 million to acquire land for the future site of the 45 gigawatt Stellantis-LGES battery plant on the city’s east end.

Administration recommended financing the “Point East Development” through the issuance of debentures to Ontario Infrastructure and Land Corporation, also known as Infrastructure Ontario.

The report recommends initially financing the purchase by using current cash reserves “to provide an interim financing source for the land acquisition until such time as permanent long-term financing through issuance of debentures is obtained.”

The city already owns about 40 acres of the necessary land just south of E.C. Row and west of Banwell Road. The total estimated purchase price of the roughly 180 remaining acres is $45 million.

The other $8 million earmarked in the price tag accounts for the cost the city will bear to service the land before leasing it to the Stellantis-LG joint venture.

Two people are injured and a third is in custody after what RCMP describe as a 'public shooting' at a rodeo in Northern B.C. Sunday.