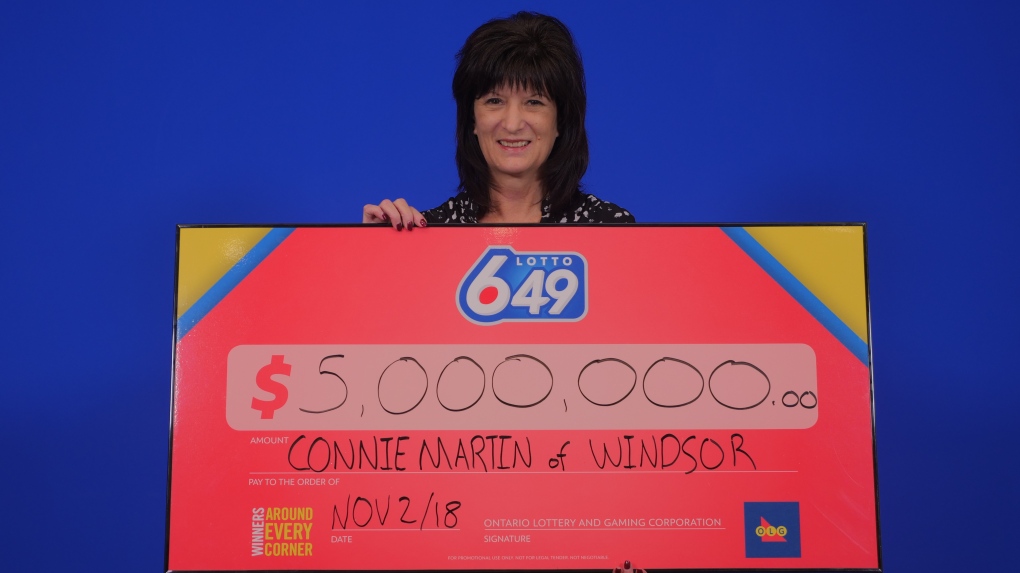 A Windsor woman is $5-million richer.

Connie Martin won the jackpot in the October 24 Lotto 6/49 draw.

“I enjoy playing Lotto 6/49, Lottario and Daily Grand,” said Martin, while at the OLG Prize Centre in Toronto to pick up her winnings.

The 58-year old caregiver discovered her windfall after checking her ticket on the OLG Lottery App.

“I remember thinking, oh my, it really is real,” she said. “I was in complete shock. I don’t think I slept all night!”

Martin plans on buying a house and a car with her winnings, and doing some travelling.

“The remainder I’ll put into my savings so that it will last the rest of my life,” said Martin. “It’s just life-changing. It means I can relax and not have to worry about a lot of things anymore.”

The winning ticket was purchased at Shoppers Drug Mart on Wyandotte Street in Windsor.