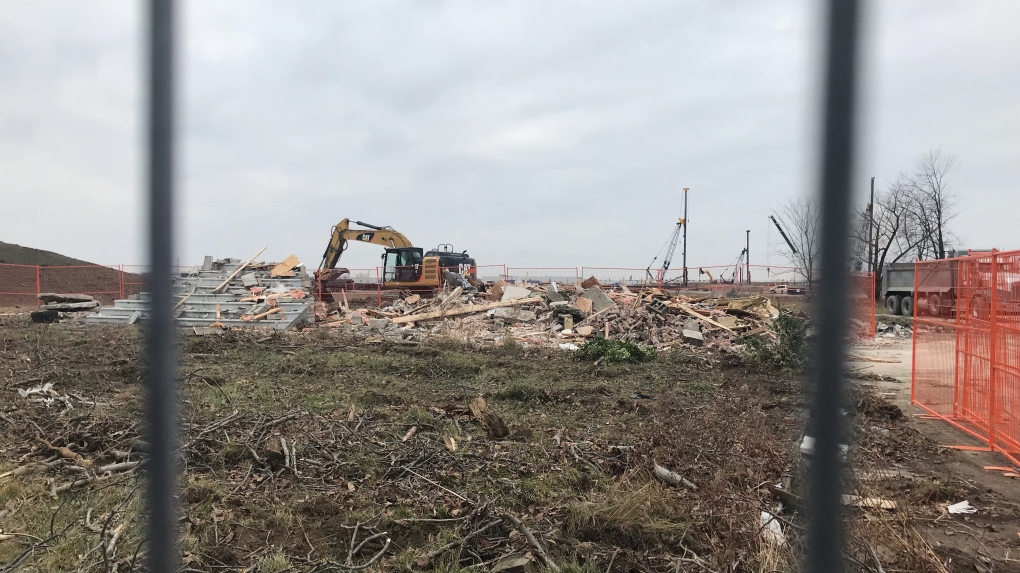 The City of Windsor has offered an update on the work to build the NextStar Energy Inc. battery factory.

The house at 3455 Banwell Road has now been demolished, after the sale was finalized through a “non-contested expropriation” by the city. Officials won’t say how much money they paid for the home.

It was the last remaining parcel of land needed for the 220-acre, sprawling facility at the corner of E.C. Row Expressway and Banwell Road.

In addition to the residence being torn down, city officials say the project is now moving “vertical” and anyone driving by will be able to see the initial starts of some steel deliveries as well as some footings being installed.

Work is progressing quickly at the site as it’s expected to be done by 2025. Officials project it will create up to 3,000 jobs once up and running.

According to Chief of Staff Andrew Teliszewsky, Windsor took out a loan of up to $46 million to pay for the parcels of land needed for the battery plant.

Here are some of the other milestones reached on the project to date, according to officials familiar with the project.

A Quebec woman said she was very surprised to find her stolen Audi had been used in what’s being described as an “absolutely insane” Ontario mall robbery.