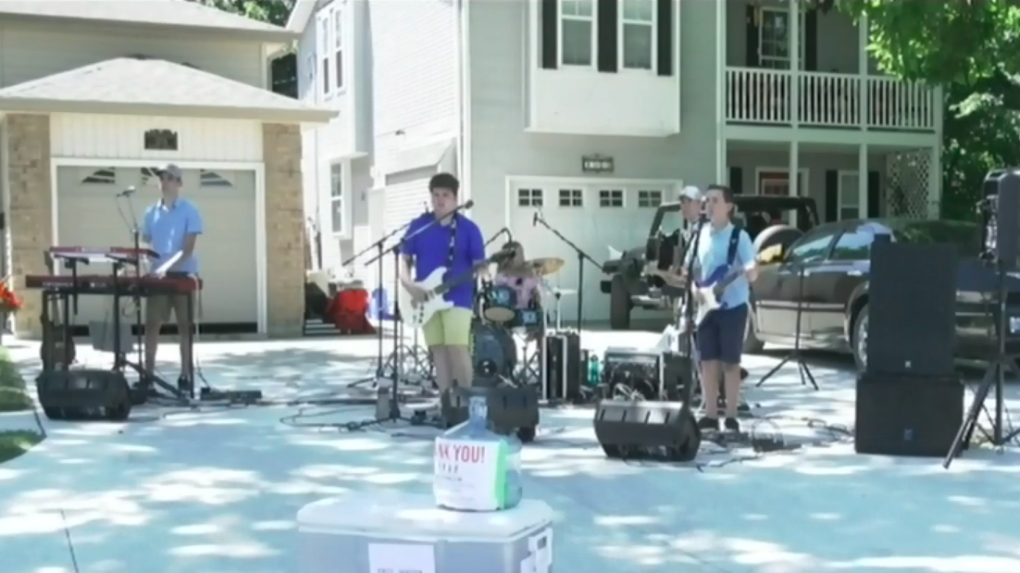 WINDSOR, ONT. -- As the saying goes, ‘the show must go on,’ and a Windsor band is proving the old mantra true.

“It’s cool because we come to them and we have an opportunity to perform,” said Alex Bonadona of the band ‘Leave Those Kids Alone’.

The band is made up of Addisyn Bonadonna on drums, Alex Bonadonna on lead guitar and vocals, John Dorman on keyboard and vocals, and Timothy Hole, 16, on lead vocals and guitar — all members are between the ages of nine to 16.

As a result of a number of gigs being cancelled due to COVID-19, the group pivoted to community shows.

The crowd on Ellrose Avenue enjoyed a number of classic hits including ‘Come Sail Away’ by Styx and the Paul McCartney and Wings hit ‘Band on the Run.”