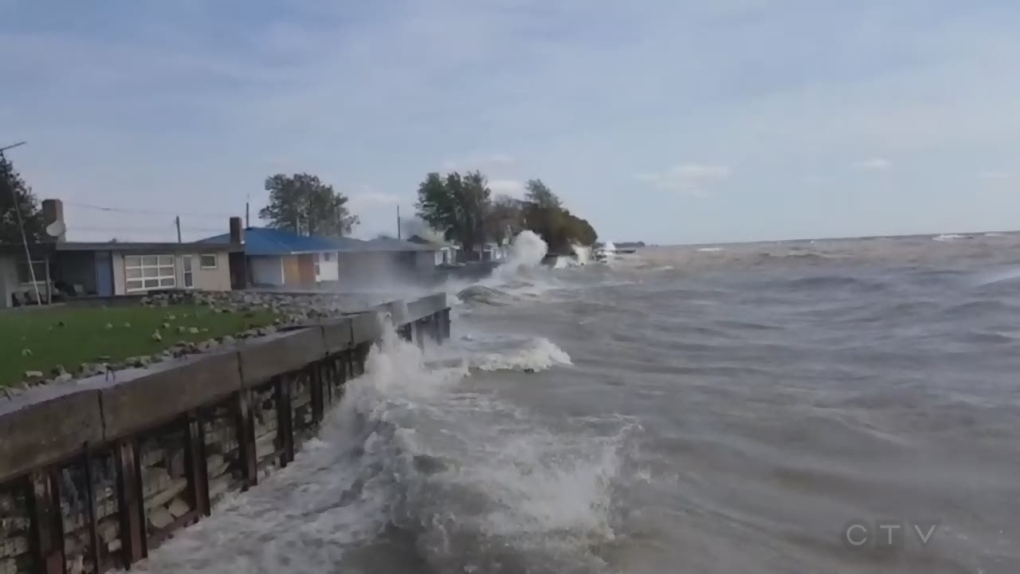 The Essex Region Conservation Authority has issued a flood watch for parts of the Lake Erie shoreline.

It advises that due to elevated lake levels and predicted sustained winds the watch is in effect for the shoreline within the municipalities of Amherstburg, Essex, Kingsville, Leamington, west of Point Pelee National Park (Pigeon Bay) and west and south shorelines of Pelee Island.

The authority says current forecasts are predicting sustained winds out of the south-southwest at speeds above 40 kilometres per hour. The winds are predicted to begin overnight Thursday and last through Friday morning.

While there is uncertainty in the forecast, should the winds shift to a northwest direction, the areas impacted by that wind direction includes the Lake St. Clair shoreline in Lakeshore from Belle River to Tilbury North.

In areas where flooding may occur or if there is major splashing and spray from increased wind-induced wave activity, the rainfall will likely make matters worse as drains and pumps may not be able to keep up, ERCA says.