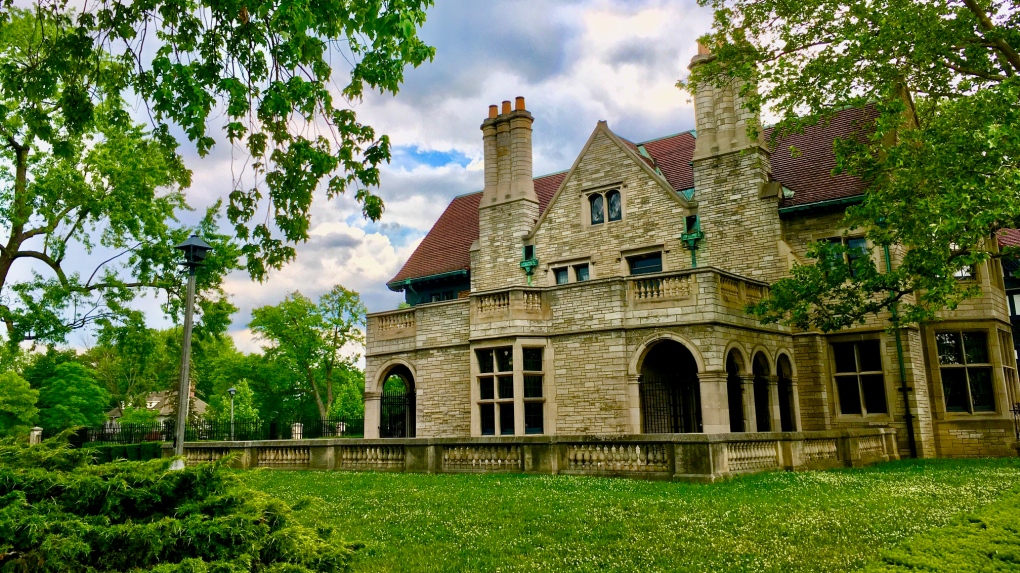 The City of Windsor is keeping the celebration of Hiram Walker’s 206th birthday going by offering residents a chance to tour the historic Willistead Manor and the new coach house free of charge.

The city is offering public summer tours of the manor and Coach House Historical Exhibition throughout the month of July on Wednesdays and Sundays.

“We are always proud to showcase Willistead Manor, and certainly there is renewed interest with the recent unveiling of the new Coach House Historical Exhibition. I am amazed at the transformation in the space, with the Coach House becoming the latest satellite location in the Museum Windsor family of sites where our stories are shared,” Windsor Mayor Drew Dilkens said.

Willistead Manor was built for Hiram Walker’s second son, Edward Chandler Walker, the founder of the distillery, and his wife Mary Elizabeth Griffin Walker in 1906. It was designed by noted Detroit architect Albert Khan who built the Manor House, Coach House and the Gate House on the 15-acre estate.

The manor was designed in the 16th century Tudor-Jacobean style and was named after Edward’s late brother Willis. The Walkers lived there until Edward’s death in 1915. He was buried in St. Mary’s churchyard across the street.

Today, the 36-room mansion is used as an event venue for weddings, receptions, theatre performances, and poetry readings, among others.

“Today’s Windsor would be a shadow of itself without the indelible contributions of Hiram Walker, Edward and Mary Walker, and the Walker Family. Edward and Mary built Willistead Manor, which became one of the greatest gifts our community has ever received,” Dilkens said. “Now, guests touring the site can begin at the Coach House, learning about the man who built the community of Walkerville, the son of Hiram who built the manor, and the woman who worked on it right alongside him. We are grateful to the Merinoff Foundation who funded the exhibition, to the descendants of Hiram Walker, Willistead Manor Inc., and the Friends of Willistead. I invite everyone to visit to learn the story of the man, the family, and the home that shaped a community.”

With the regular tour fee waived, the city is asking guests to instead donate a minimum $2 donation on-site to the Friends of Willistead, a volunteer group that supports events and activities at Willistead Manor.

While RCMP says use of spyware is lawful, it's 'extremely intrusive': former privacy commissioner

While the RCMP says its use of spyware is lawful, there is 'no doubt' the covert collection by police of personal and other information from Canadians' devices 'is an extremely intrusive practice,' says former privacy commissioner Daniel Therrien. 'What's at play is the balancing of privacy and other public interests,' Therrien said Tuesday.

Ontario Premier Doug Ford says through his throne speech that more can be done to ease health system pressures, but is not yet offering up any new solutions.

Former U.S. President Donald Trump on Tuesday tried to turn the news of an FBI search of his Florida estate to his benefit, citing the investigation in text messages and emails soliciting political donations from his supporters.

For the first time in eight years, Canadian warships are not involved in either of two NATO naval task forces charged with patrolling European waters and defending against Russian threats.

WhatsApp is going to stop letting everyone see when you're online

Two new features being introduced on WhatsApp, which will let you choose who can see when you're active, and to leave groups silently, will start rolling out to all WhatsApp users this month.

opinion | Tom Mulcair: Why Pierre Poilievre's plan to work with provinces to reduce barriers is a good idea

The serious shortage of nurses and doctors has put the spotlight on a long overdue reform to the rules governing entrance requirements for foreign-trained professionals, says former NDP leader Tom Mulcair in an exclusive column for CTVNews.ca.

WestJet is bringing back 17 new routes that were suspended during the COVID-19 pandemic to help travellers escape the cold this winter.

Canada's top military commander says he plans to 'tweak' the Armed Forces' vaccine requirement in the next few weeks.