If Roe v. Wade is overturned by the U.S. Supreme Court, one of the closest cities for many women in Michigan to access abortion services without facing legal barriers would be Windsor, Ont.

That's because an early 1930s law is on the books in Michigan that considers any doctor who assists in the early termination of a pregnancy to be "guilty of a felony" — with no exceptions for rape or incest. The law is currently not enforceable due to Roe v. Wade, but could be if the U.S. Supreme Court decides to overturn it.

State laws surrounding abortion have been given renewed attention, following the leak published Monday evening which shows America’s highest court is expected to make a decision on overturning the landmark Roe v. Wade ruling from 1973. The court's ruling protects a woman's right to an abortion without excessive government restrictions.

If Roe v. Wade is overturned, the legalization or criminality of abortion would be left in the hands of individual states and politicians.

"We saw who was being appointed to the Supreme Court. We saw the varying state legislatures passing very restrictive legislation. So we saw that this potentially was coming," spokesperson for Ontario Coalition for Abortion Carolyn Egan said Wednesday.

"But nonetheless, it was devastating." 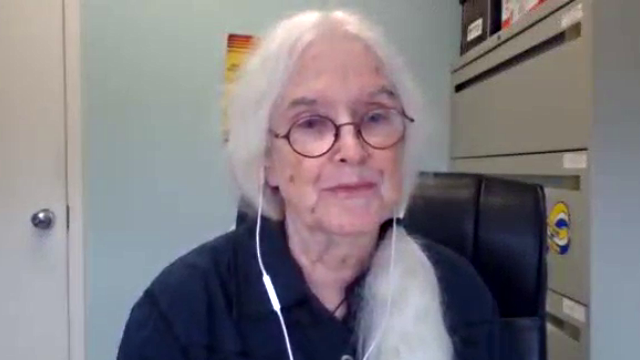 Carolyn Egan, spokesperson for Ontario Coalition for Abortion Clinics, says she's hopeful that border communities like Windsor will open up further access of abortion services to American women in need of them. (Sanjay Maru/CTV Windsor)

She referenced the situation for women in Ireland, where abortion was not legalized until 2018. Prior to that, Egan added, Irish women would travel to the neighbouring United Kingdom to access abortion services.

“U.K. women's organizations and medical facilities made every effort to make the journey as easy as possible for them. That’s a bigger journey than going across the border from Detroit to Windsor,” she said.

“I don't think there would be any legal problem coming across the border for something like this and they wouldn't be overburdening [Ontario’s] healthcare system.”

CTV News reached out to Windsor Regional Hospital, which offers abortion services at its Metropolitan campus, for an interview. A spokesperson for the hospital said it would not be speaking about this issue "at this time."

But the hospital added it will address the matter "with direction and advice from government" once a decision on overturning Roe v. Wade is rendered by the U.S. Supreme Court.

Through a spokesperson, Canada's Minister of Families, Children and Social Development Karina Gould said the federal government condemns the potential overturning of Roe v. Wade, adding "Americans who come to Canada are able to access medical services here today if they need it."

"Americans accessing health care services in Canada would continue to have to pay for the service out-of-pocket or by their own private insurance if they are not covered by a provincial health insurance, by the Interim Federal Health Program or Non-Insured Health Benefits," the minister said.

According to national Pew Research polls, the majority of Americans believe access to abortions should remain legal in all or most cases.

No matter what happens in DC, we will fight here in Michigan to protect access to safe, legal abortion. pic.twitter.com/6hNdIadSbe

Last month, Gov. Gretchen Whitmer filed a lawsuit which asks Michigan's Supreme Court to remove the state's 1931 law from the books. In recent days, Whitmer has said if Roe v. Wade is overturned, she will not enforce the state-specific law.

This week, Whitmer — along with 16 other Democrat state governors — sent a letter to U.S. Congress officials, calling for them to "immediately put protections offered by Roe v. Wade into federal law."

CTV News also reached out to Right to Life Windsor-Essex, along with the Melo Clinic and Pregnancy Centre. Neither responded by the time of publication.

Members of Parliament will be holding an emergency debate in the House of Commons on Monday night, giving MPs a chance to discuss 'the urgent and escalating situation in Atlantic Canada' following the deadly and destructive post-tropical storm Fiona. And, Prime Minister Justin Trudeau is making plans to visit the regions impacted 'as soon as possible this week.'

Some Canadian workers are raising concerns about a full return to office and work travel as Ottawa lifts all remaining border restrictions and experts warn of a potentially large wave of new COVID-19 cases this fall.