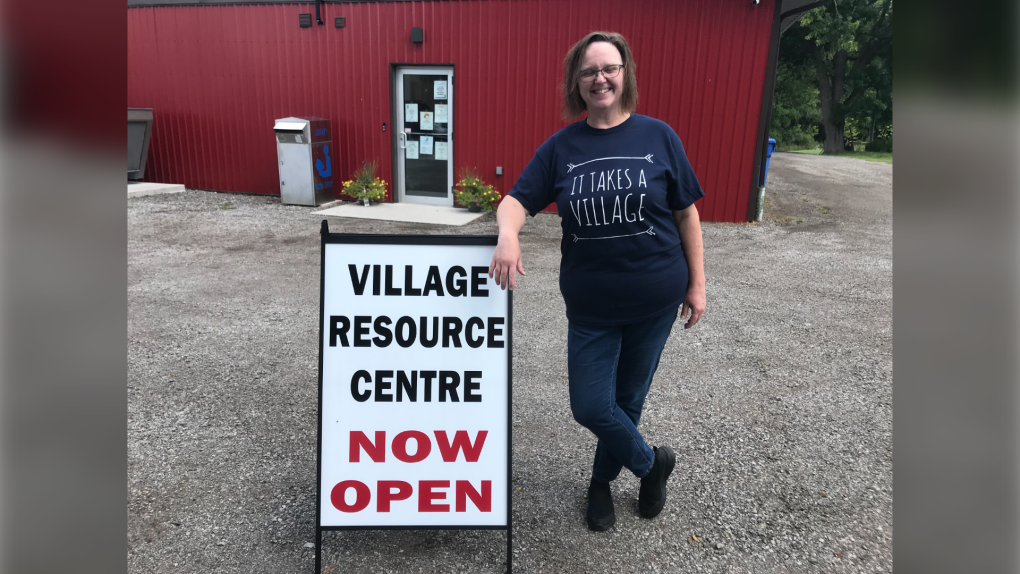 Susan Fulmer, founder of the Village Resource Centre which opened in 2021 in the wake of the explosion. Pictured in Wheatley, Ont. on Friday, Aug. 26, 2022.

Many residents and organizations were forced out of Wheatley’s downtown after the explosion one year ago, but the community banded together, including one social worker who realized a dream of hers.

One of the buildings impacted was the Wheatley Baptist Church on Talbot Street which has been closed since the blast on Aug. 26, 2021. Not only did the congregation lose its place of worship, but the village also lost its only food bank.

“It was all just kind of in our heads and then on August 27th, we thought well, we need to do something and so we found this location, we had extra space so we had more than what we needed for the food bank so we just invited services to just be a part,” said Susan Fulmer.

And so, the Village Resource Centre was born, with the help of a generous anonymous donor.

Fulmer, the centre’s founder, says her small idea has morphed into a one-stop shop for anyone, regardless of whether they were impacted by the explosion or not.

“The information desk that was at the library is closed now, so occasionally we have people come in and say, ‘do you know where I can get some recycling boxes’? When’s garbage pickup?’ Things like that. ‘Where do I pay my taxes? How do I get my dog tag?’” she explained.

The centre also hosts a pantry, library, and a paster is available once a week. Social services with Chatham-Kent also operate out of the space.