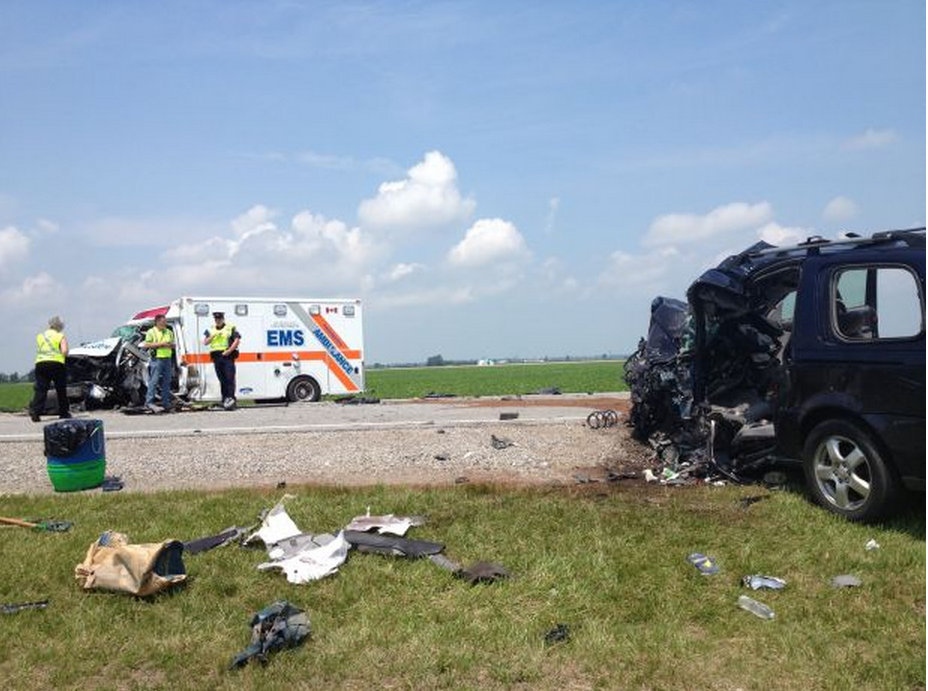 Chatham-Kent police have charged a 25-year-old Wheatley man after a collision with an ambulance in July.

The head-on collision between two vehicles took place on July 3 around 10 a.m. on Queens Line, just east of the Highway 401 exit in Chatham-Kent.

Police say Simpson was travelling eastbound in a minivan when he crossed the centre line and struck a Chatham-Kent Medavie EMS ambulance travelling westbound.

The female driver of the ambulance was transported to Hotel-Dieu Grace Hospital in Windsor with serious lower body injuries. The male passenger was sent to the Chatham-Kent Health Alliance with minor injuries.

Simpson was the only occupant in the minivan. He was transported to the London Health Sciences Centre via Ornge air ambulance with life-threatening injuries. He was in critical, but stable condition.