What you need to know about Ontario's autism program 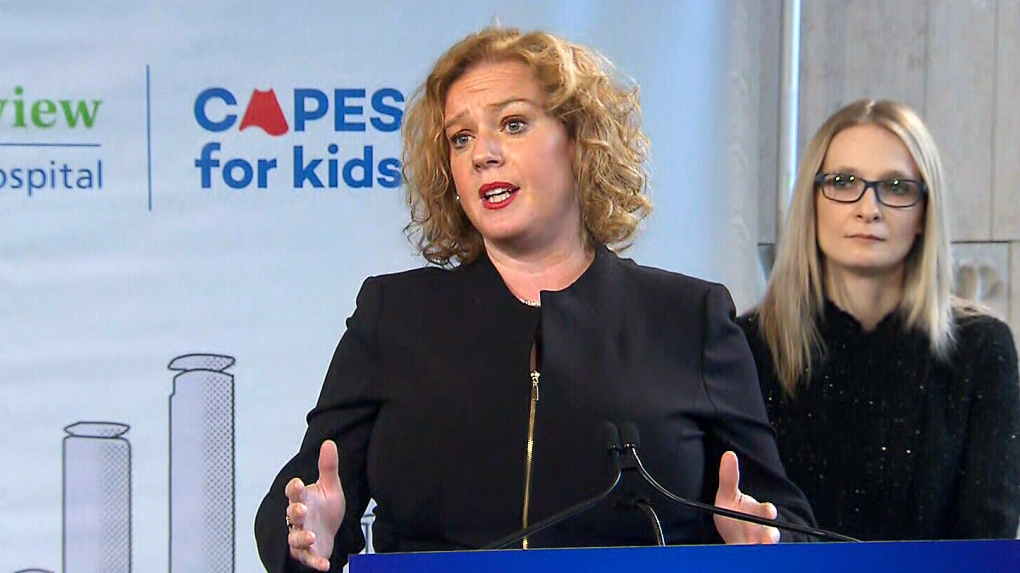 Lisa MacLeod stands with Amy Fee to make an announcement on funding for autism programs.

Ontario's autism program has emerged as a hot-button issue in recent days. Here's a look at the history of the program and the controversy new changes have generated:

WHAT WAS THE AUTISM PROGRAM LIKE UNDER THE PREVIOUS LIBERAL GOVERNMENT?

The Liberals initially offered a program that did not fund Intensive Behavioural Intervention for children over the age of four. Amid strong pushback, the government revamped the program in 2016, doing away with distinctions between IBI and another frequently used form of therapy known as Applied Behavioural Analysis. The blended service was offered to all ages and tailored to a child's needs. Funding was given to regional service providers who maintained waiting lists of families in need of financial support. Once a child reached the top of the list, the therapy was funded in full. The government later introduced a direct funding option. This gave families the choice to accept direct service or spend their government-allocated dollars however they saw fit in the private sector.

WHAT CHANGES DID THE PROGRESSIVE CONSERVATIVE GOVERNMENT BRING IN?

Children, Community and Social Services Minister Lisa MacLeod cited a waitlist of 23,000 children waiting for fully funded services as the key reason for a revamp of the province's autism program. In early February, she unrolled a plan to scrap the Liberal model and adopt an approach based entirely on direct funding. The new program promised to eliminate waiting lists within 18 months by funnelling limited financial support directly to families. Program participants can use their funding to pay ABA service providers, fund respite care or buy technological aids.

WHAT ARE THE FUNDING THRESHOLDS UNDER THE TORY PLAN?

The government has described the program as means-tested. Those with an adjusted annual net family income of under $55,000 will be eligible for the full amounts, with funding determined on a sliding scale up to a maximum of a $250,000 income. For a family whose child enters the program at the minimum age of two, a total of up to $140,000 will be available over the 16 years the child is eligible for support. Families will receive up to $20,000 a year until their child turns six, with funding dropping to $5,000 every year after that until they turn 18.

HOW HAS THE NEW PROGRAM BEEN RECEIVED?

Critics say the program should be tailored toward a child's needs, not their age or their family's income level. Parents say a reduced wait list for funded treatment is coming at the expense of quality. They say the sums of money the government is offering will only partially fund most therapies, leaving families to make up the difference out of their own pockets. Anger among parents increased Monday when the ministry confirmed that it had asked service providers in the fall to stop bringing in new clients unless commitments had already been made. Documents show agencies were told not to share the directive with parents. Critics said the move amounted to freezing the waiting lists ahead of the new program being announced, a suggestion MacLeod denied.

HAS THERE BEEN ANY POLITICAL FALLOUT?

MacLeod faced severe criticism after reports surfaced that she and her staff pressured the Ontario Association for Behaviour Analysts for public support of the revamped program. The minister has apologized if anyone felt threatened, and Premier Doug Ford has continued to speak out in support of her handling of the file. Legislator Randy Hillier was also suspended from Tory caucus after making what Ford said were disrespectful comments to parents of autistic children at the legislature. Hillier said he had directed his comments at the NDP but Ford suspended him indefinitely last week. A staffer to MacLeod's parliamentary assistant also resigned his post immediately after MacLeod rolled out the new program. He was a former president of the Ontario Autism Coalition.