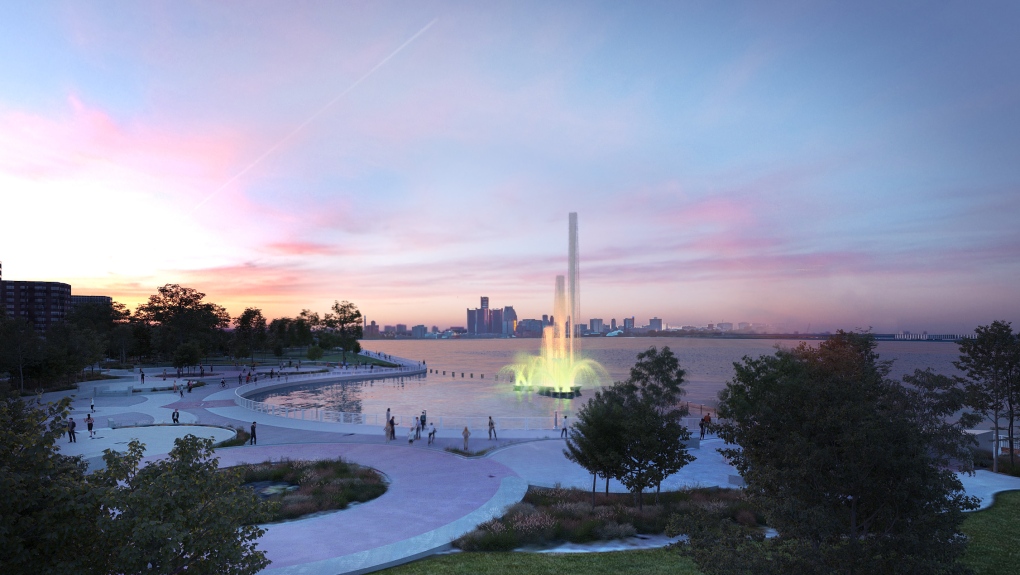 Windsor city council has to make some decisions regarding a popular monument.

The Charles Brooks Memorial Peace Fountain, first added to the Detroit River in 1978, is usually installed each summer near Reaume Park and Coventry Gardens, and has since served as an attraction for both visitors and residents and often serves as the backdrop for prom, graduation and wedding photos.

Windsor Mayor Drew Dilkens said on Wednesday that the Peace Fountain is one of Windsor's most popular and iconic features.

“What people see is the fountain in the water. What they don't see is all the underground piping and the mechanics behind the scenes,” he said. “That is definitely at end of life. And you can't replace these parts. It has to be completely redone.”

City officials say the peace fountain is nearing the end of its lifespan. Due to necessary repairs and a delay in parts arriving from overseas, there is a delay in getting the fountain installed for this season.

At the next city council meeting on Monday, a report from administration looks at the vision for a renewal of the peace fountain.

“We've known for many years that this needs to be replaced,” Dilkens said. “We started a process several years ago. We've had multiple community consultations to ask the community what they'd like to see. And there are options that range from $7 million for like-for-like replacement, up to $20 million, which is an enhancement of the fountain. I expect finding $20 million will be nearly impossible but I expect council will want to replace the existing fountain because residents in this community appreciate it so much.”

“We don't have $20 million to replace or to upgrade the fountain,” the mayor said. “But we will have to find a way to replace it.”

The report will be considered by council next week, but the final decision on budget will be next year.

Once an option is approved, then final engineering and design needs to be done for the project. Cost may change based on the final design option.

Patrick Brown has been disqualified from the federal Conservative leadership race, after ballots have already begun to be mailed out, and his campaign is fighting back against what it calls anonymous allegations.

Emergency room delays to continue for 'quite some time,' doctor warns

An emergency room physician is urging governments to address the country’s shortfall of health-care workers in light of the recent temporary shutdowns of emergency departments and the staffing downsizing at others.

A high school friend of B.C. teen Amanda Todd has testified he took action when he saw what he described as a 'pornographic' picture of her on Facebook in November 2011.

Boy, 2, orphaned after both parents killed in Fourth of July parade shooting

Kevin McCarthy, 37, and Irina McCarthy, 35, the parents of a two-year-old boy, were among seven people killed in the Chicago-area mass shooting on July 4.

Australian authorities have charged 12 members of a religious group with the alleged murder of an 8-year-old girl, police said in a statement Tuesday.