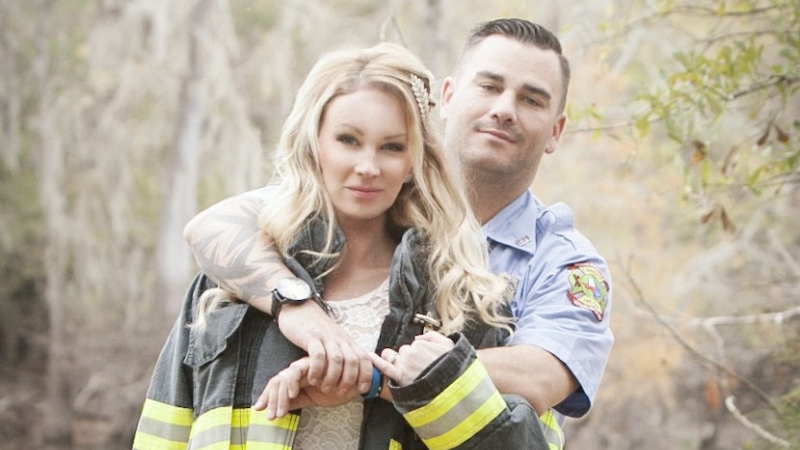 A firefighter in Texas, who is originally from Chatham-Kent, saw his wedding plans go underwater, thanks to Hurricane Harvey.

But his fiancee will still have a dress to wear to say 'I Do.'

The dress is the only thing that didn't get soaked in Kyle Parry’s home during the massive flood from the August storm.

As the water in Parry's home in Lumberton, Texas began to rise, he stuffed the wedding dress in a wardrobe on his way out, hoping it would stay dry. Well, it did.

Parry found it hanging inches from the water, with not a stain on it!

Kyle and his fiancee Stephanie Hoekstra, who still lives in Chatham, were set to get married Sept. 10 in Galveston, Texas.

But with only the dress left, they have postponed the wedding.

Parry’s sister-in-law has now set up a GoFundMe page for the couple to help Kyle and Stephanie get back on their feet.

Natalie Parry says on the page, “Kyle has lost everything. His home and all of its contents have been destroyed. His furniture, clothes and personal belongings are all gone.”

She goes on to say the entire family is proud of Kyle. “Kyle did what he could to save his own home, but focused more on helping others, along with his fellow city fire crew. They have selflessly put others safety before their own. His actions have been nothing less than heroic.”