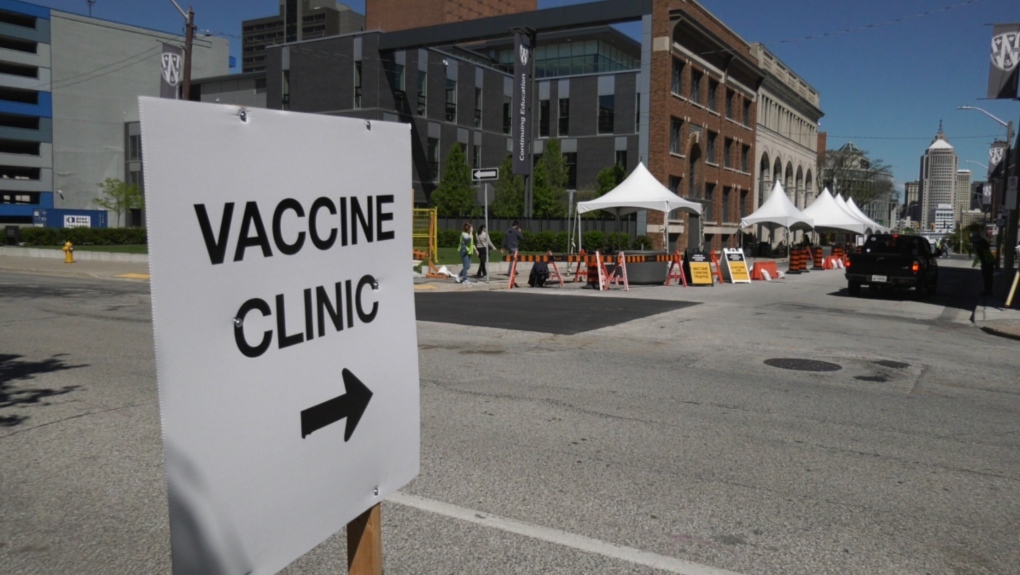 WINDSOR, ONT. -- The Windsor-Essex medical officer of health is responding to comments that more needs to be done to increase vaccination rates in certain areas of the city.

Dr. Wajid Ahmed said during Wednesday morning’s WECHU YouTube livestream that he had a conversation with Windsor mayor Drew Dilkens about his concerns.

Dilkens recently penned a letter to the health unit, calling for more targeted approaches to increasing coverage in hotspot areas like downtown Windsor and the Fontainebleau neighbourhood.

“What they are missing is some of these outreach. Access is not an issue,” says Ahmed. “It’s an outreach to ensure that who are hesitating to get the vaccine and what is their issues. Maybe they have other issues that go beyond the vaccine issue and those need to be addressed.”

Ahmed says there are many partnerships involved already to help increase coverage in those areas.

He says there are 34 pharmacies and 15 physician offices offering vaccines in hot spot postal codes in Windsor-Essex, in addition to pop-up and clinics.

“I have explained all of these to the mayor in my call with him and it would have been much easier to have a one-on-one with him,” says Ahmed.

Fewer than 50 per cent of residents in Downtown Windsor and the Fontainebleau neighbourhood have received their first shot, while the suburbs of LaSalle and Tecumseh are nearly 15 per cent more vaccinated with a single dose.

“I’m encouraging the health unit, who is responsible for the vaccination efforts, to figure out strategies to reach the downtown population and the Fontainebleau population so we can help bring up the number of full dose vaccinations,” says Dilkens.

WECHU is paying attention to the issue, says Ahmed.

“I would say that there is still more work that we need to do in these communities. There are targeted efforts that are happening right now,” said Ahmed.

Overall, nearly 75 per cent of individuals over 18 have one shot and more than 25 per cent of people in Windsor-Essex have been double-dosed with a COVID-19 vaccine.