'We will find you': WPS plea with driver of fatal hit and run to come forward

Windsor police are appealing to the driver of a fatal hit and run that occurred one week ago to come forward.

“We lost a loved family member and the whole family is in deep sorrow now,” said the victim’s son while holding back emotion.

“It’s always heartbreaking when I think of my father, is hitting by the car and lay there without any help. If this driver stopped and helped my father, he would have get a chance.”

The family along with police renewed their appeal to the driver and any motorist who may frequent Janette Avenue around the same time the event occurred.

“I hope everyone who knows anything, any information, please call and help us!”

On Thursday, investigators released images of a black Chevrolet Equinox they believe is in connection after further images were obtained by Major Crime investigators.

Police say an elderly pedestrian was found on the road in the 700 block of Janette Avenue near Elliott Street West on October 15 with life-threatening injuries and pronounced deceased at hospital. 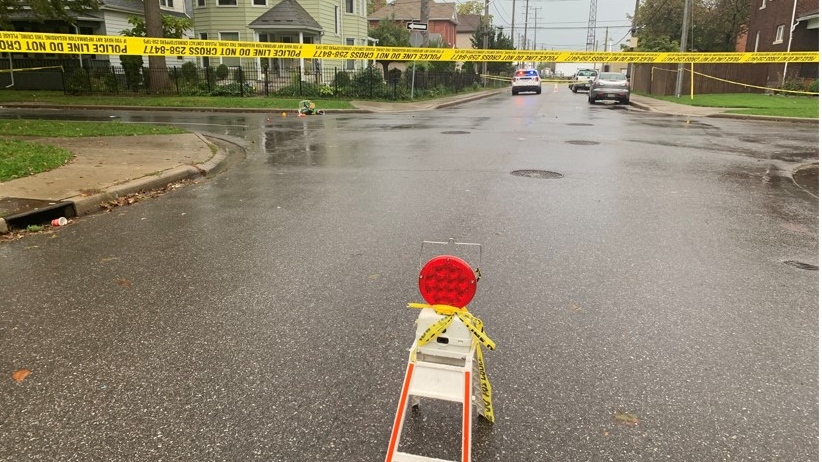 Elliott Street West between Bruce and Janette and part of Janette (just north of Elliott) will be closed for the investigation in Windsor, Ont., on Friday, Oct. 15, 2021. (Bob Bellacicco / CTV Windsor)

Through investigation, police believe that the incident happened between 6:45 a.m. and 7:15 a.m., and the involved vehicle was travelling southbound in the 700 block of Janette Avenue.

“We don’t believe that this vehicle was travelling at a high rate of speed, dangerously or recklessly. I believe in my heart that this was somebody that was going to work, coming home from work, again, 7 o’clock in the morning on Janette Avenue, somebody going to work,” Major Crimes Staff Sgt. Dave Tennent says he believes the driver responsible may have panicked and left the scene.

“I’m just reaching out to that person. Call us because we’re going to find you eventually. We will go to every vehicle registered to Essex County that owns these cars. We will go to your house. So, it’s better that you come to us first.”