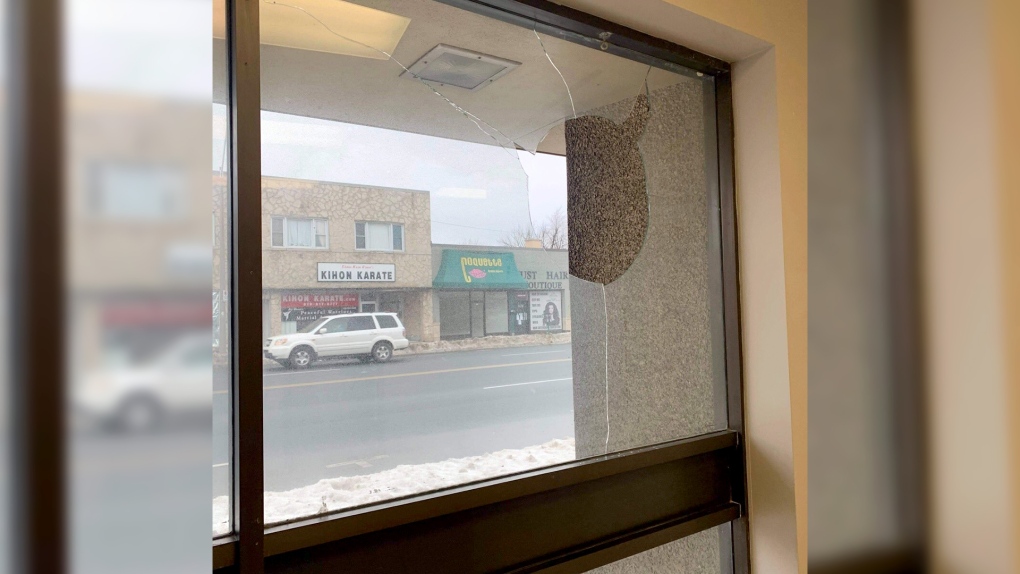 WINDSOR, ONT. -- Staff at the Windsor-Essex Transgender and Allied Support office arrived Monday to find the front window smashed, and for the third time, offensive vandalism was written on the building.

On Monday, Feb. 22, the situation escalated to include more swastikas, vulgar language and a “rusted brake rotor from a vehicle” had been thrown through the front window, busting through the glass and damaging the organization’s new floors and leaving shattered glass across the office’s professional services area.

“At WE Trans Support, we loudly speak out against transphobic, homophobic, racist, sexist, misogynistic, islamophobic, ableist, and bigoted hate speech, violence, and hate crimes,” Reid said in a news release. “We will not back down in the face of these acts of hatred and we will not let it stop us from the important work we do to support the health and wellness of our queer and trans community members, our families, friends, and allies.” 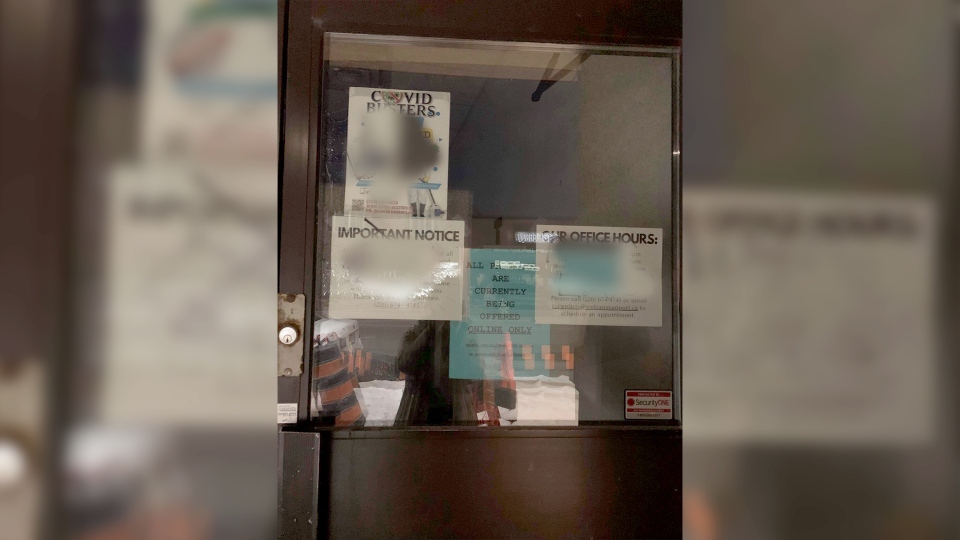 Windsor police were first called to the Transgender and Allied Support office when Reid noticed the vandalism on the building’s front window’s Feb. 15. Police have since been investigating the incident as a hate crime.

The Morality Unit reached out to the public for information including surveillance footage from the area that could assist in the investigation.

Over the weekend, WE Trans Support says there were once again homophobic slurs, swastikas, racial slurs and anti-police statements written on the windows.

“To our community members, clients, and allies, we support you and we’re here for you during this time of fear, injustice, uncertainty, and violence. Please reach out if you need any support or a listening ear during this time. To the greater community, community partners, media, and fellow LGBTQIA2S+ support networks, please consider this a call to stand in solidarity with us against the hatred that is targeted to ALL of our community, not just WE Trans Support,” Reid said.

The organization said the damage ensued will total thousands of dollars to replace the window, floor repairs, and shatter-proof glass.

WE Trans Support has started a GoFundMe to help support these repairs as well as the work the organization does.