'We're taking tomatoes and making sauce out of it!': Community lines up for Chatham-Kent farm tomato sale

BLENHEIM, ONT. -- People from across Ontario are flocking to a greenhouse outside of Blenheim to buy local tomatoes before they go to waste.

Platinum Produce posted on Facebook Monday that they had skid after skid of unsold beefsteak tomatoes about to go in the garbage if they couldn’t be sold. One day later, thousands of flats have been sold to supporters from around the province.

“The outpouring of support from the community has been absolutely incredible! We’ve had people that are coming from Hamilton, Burlington, the other side of Toronto that are taking it back to their communities to pass out,” says Platinum Produce co-owner Bonnie Verbeek.

She says part of the problem is in part, due to COVID-19 restrictions on restaurants.

“It’s a perfect storm between the lockdowns as far as restaurants not being open, but then we also have a major influx of produce coming from Mexico and from outside of Ontario.” Verbeek explains, “So, it’s super frustrating because we love being a part of the community, we support the community and to have something that’s local, but then not be able to get it on the shelves of our own local stores? It’s definitely very frustrating.”

Before 8 a.m. Tuesday, vehicles were lined down the road. 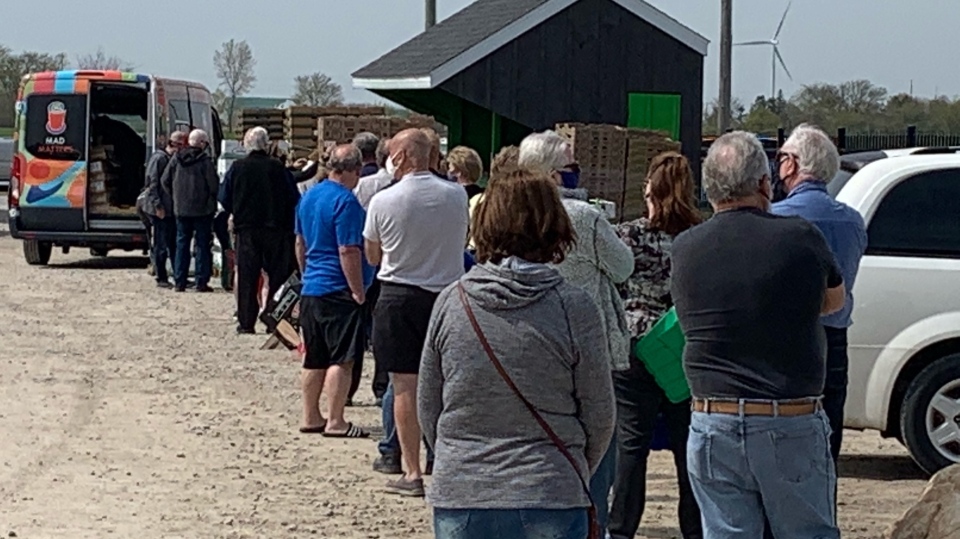 Verbeek tells CTV News that each year, an influx of foreign produce fills area grocery stores, but that this year it seems more evident.

“We’re in a pandemic, this is when we really need to be taking care of our own businesses and our own companies and we’re not,” she says.

Verbeek encourages all shoppers to check the labels on produce and make sure they’re actually buying Canadian.

“Actually, my husband was just at one of the stores and they’re advertising tomatoes as being on sale as a product of Canada, and when you look at the label, it says product of Mexico on the label,” she says.

Tomatoes are available to the public while supplies last for $5 a flat at the Platinum Produce greenhouse on Communication Road, south of Highway 401.

“Most people take lemons and make lemonade,” Verbeek says. “We’re taking tomatoes and making sauce out of it!” 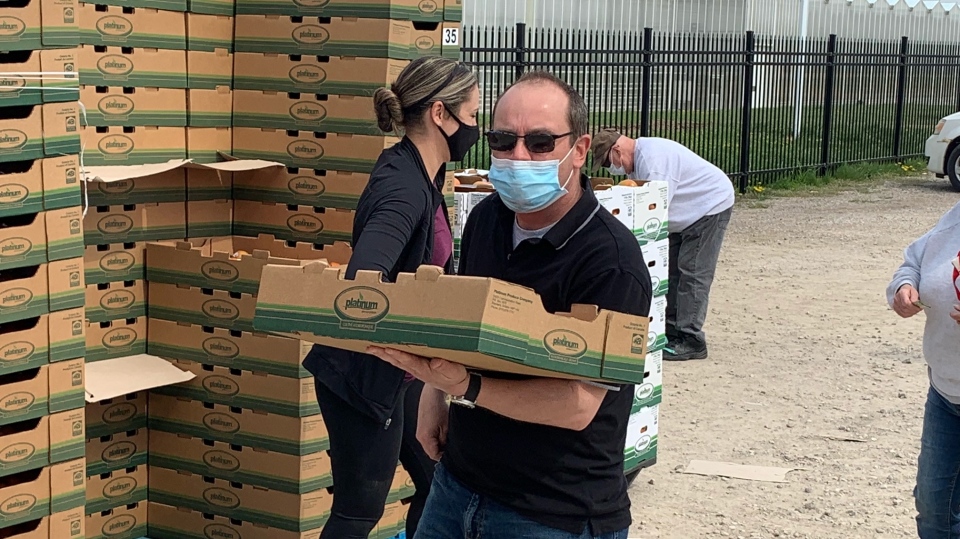