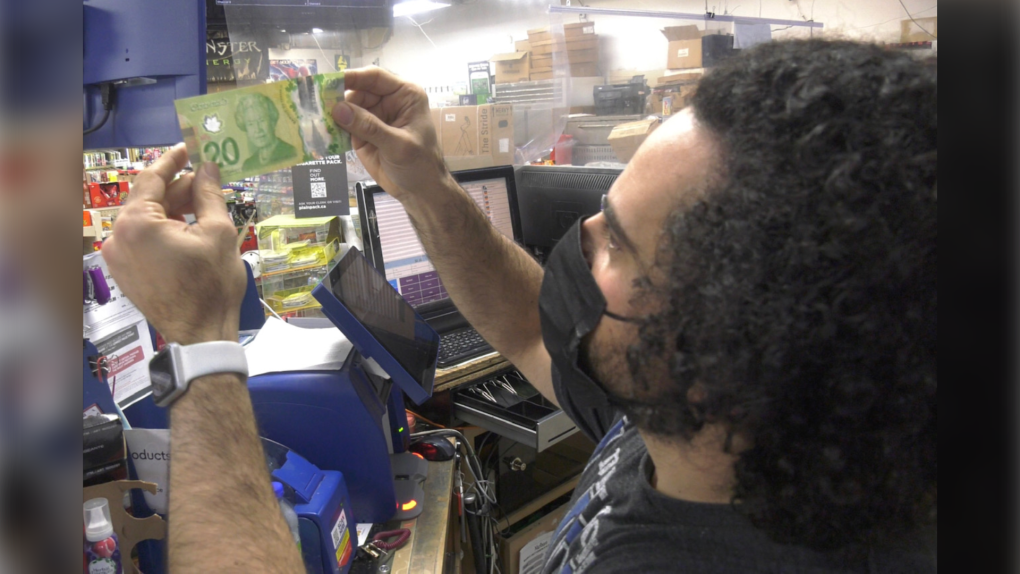 The LaSalle Police Service received four separate reports of businesses receiving counterfeit Canadian $100 bills and issued a warning for the public to be vigilant.

Police say between Dec.29 and Jan. 11, the fraudulent bills were used at local convenience stores to make purchases, but the recipients did not immediately notice the poorly crafted fakes.

“In all instances the bills were; not cleanly cut, different sizes, not printed with precision and missing several key security features,” states a police news release.

When receiving any large denomination currency, police say you should always inspect it for the following security features:

• Hidden numbers – Look at the numbers that match the note’s value, and at the word “Canada” that feels slightly raised.

• Maple leaf border – Look for maple leaves that border and cross into the large window.

“It’s something we always have to look out for,” says Midway Convenience owner and operator Terry Yaldo. “Some people actually try to pull off or give us bills that are blatantly bad.”

Yaldo serves as vice-chair of the Ontario Convenience Stores Association telling CTV News phony money is something store owners and employees have to remain vigilant with.

“Unfortunately in small business sometimes that gets overlooked in the training or it doesn’t get refreshed until something happens,” he says.

“It’s more common for U.S. bills to float around here, especially being a border city. It’s something we need to be very vigilant and train our employees on what to look for.”

“I know that if you look at it towards the sun you can see the watermarks,” Charbonneau adds more often than not, purchases are made with plastic instead of cash. “I carry a little bit with me for the sake of some places don’t take a credit card.”

HOW TO DEAL WITH SUSPICIOUS MONEY

If you suspect that you’re being offered a counterfeit note, assess the situation to ensure that you are not at risk. Then, do the following:

• Be courteous. Remember that the person in possession of the bill could be an innocent victim who does not realize that the note is suspicious.

• Politely refuse the note and explain that you suspect that it may be counterfeit.

• Ask for another note (and check that one, too).

• Advise the person to check the note with the local police.

• Inform your local police of a possible attempt to pass suspected counterfeit money.

If you suspect that you’ve received a counterfeit note, give it to the local police to file a report.

• Either way, the police should be informed of possible counterfeiting activity in your community. Timely reporting helps police and prosecutors bring counterfeiters to justice. Use or possession of any counterfeit currency is a criminal offence.