WINDSOR, ONT. -- Playing for the Toronto Maple Leafs was a dream come true for a kid from Blenheim, Ontario.

The story of former Leafs forward Todd Warriner is one of many shared in a recently released book by hockey author Kevin Shea called “Voices In Blue And White.”

“It’s a mix of current players, past players and celebrities which makes it really fun,” said Shea. 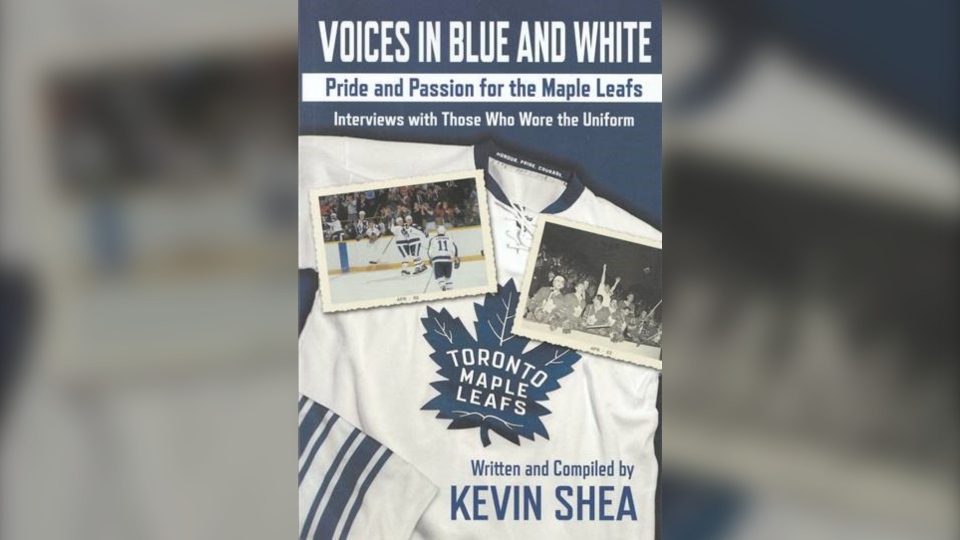 Warriner played for the Leafs between 1995 and 2000. He is one of 37 players in franchise history to don the #8 on his sweater. He recalls with fondness what it meant to wear the maple leaf.

“On a Saturday night in February at Maple Leaf Gardens when you got half a dozen, 20 family members there and friends. It’s a pretty cool thing,” said Warriner.

The 47-year-old was part of the trade that sent revered captain Wendel Clark to Quebec for future captain Mats Sundin.

“The way Pat Burns coached his teams it was exactly what I needed,” said Warriner.

Voices in Blue and White was never intended to be a book according to Shea. He says the stories are leftovers that evolved.

“The last question I ever asked when I’m doing an interview is what did it mean for you to wear the blue and white of the Maple Leafs? And I got some great answers,” said Shea.

Some of the answers were short. Some were long. At one point he realized he had a couple hundred of them. He reached out to more people and came up with just under five hundred.

This book is #19 for Shea, who also penned the Leafs’ centennial book in 2016. Twenty-six players have worn #19 throughout the years.

Jason Spezza currently wears #19 for a team looking to have a Stanley Cup parade later this year. If that happens, it’s safe to assume Shae will be ready to chronicle the moment for his beloved team.

“Live or die with them whether they win or lose I’m a Maple Leaf fan through and through,” said Shea.

With Toronto near the top of the NHL standings, Leafs Nation is hoping the 54-year Stanley Cup draught finally comes to an end.