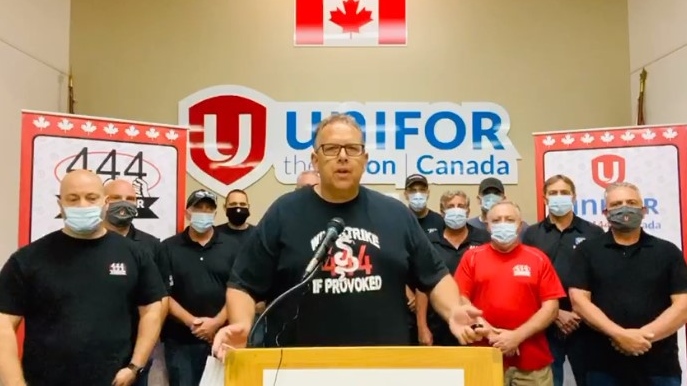 “Here you will all have a chance to authorize the bargaining committee to strike if we are indeed provoked,” said Unifor Local 444 president Dave Cassidy in a post on Facebook.

“Our members voted overwhelmingly to support their bargaining committees and our bargaining priorities, including; job security, product commitments and economic gains for all members” said Unifor national president Jerry Dias. “We will continue to push our agenda at the bargaining table, but remind government that they have an active role to play in securing our auto industry’s future. A future made in Canada.”

Cassidy said it is also the opportunity to show this company that they stand together in solidarity.

“Nothing in these negotiations sends a louder message of unity and strength than a high strike authorization vote,” he added.

Cassidy told members a strike mandate doesn't mean there will be job action.

He says getting another vehicle in production at the plant will be a major focus.

Talks with FCA Canada are expected to begin Monday in Toronto.