WINDSOR -- The University of Windsor has confirmed five members of their university community were on a Ukrainian passenger plane that crashed in Iran.

Dozens of Canadians, many of them students, were among the 176 people killed when the plane crashed minutes after takeoff from Tehran's main airport, Ukraine's government said on Wednesday.

“The entire University of Windsor is heartbroken by this news and we extend our heartfelt condolences to the family, friends, and colleagues of everyone impacted by this terrible tragedy,” said UWindsor president Robert Gordon.

The university says based on the information currently available, at least five individuals who appear on Ukrainian International Airlines’ Flight PS752 passenger list are members of the UWindsor student and research community.

“At this very difficult time we will support each other as a university family and will provide counselling and additional support services to anyone on campus in need,” says Gordon.

Assistant professor at the University of Windsor Afshin Rahimi says he was shocked to hear his research assistant Hamid Kokab Setareh and his wife Samira Bashiri were on the plane.

Setareh, 31, was a PhD student in mechanical engineering.

“It was very devastating news,” says Rahimi. “I could not handle it and I had to run the class, but I was very emotional and I was also angry. I didn’t know what to do at the moment because I was not expecting any of that.”

Rahimi says he met with Setareh before he went on his trip to Iran.

“I wished him a safe trip,” says Rahimi. “They were going to visit family because it was his first year down here.”

Rahimi says he was surprised because he was waiting to see Setareh when he got back to Windsor.

"He did so well in my class that I wanted to work with him on research projects,” says Rahimi. “So I continued with him outside of classroom and overtime he proved himself to be a very talents very kind person and very capable."

Leah Smithies lived with the young couple, Setareh and Bashiri since September and says her family is heart broken.

"I wish they are sick. I believe they are coming back and will get better but now they are gone," says Smithies. 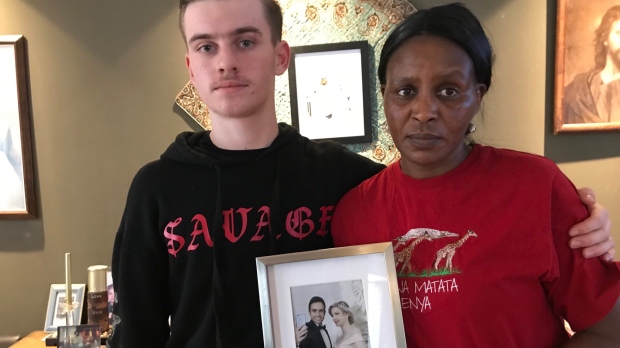 University of Windsor Student Alliance president Jeremiah Bowers tells CTV News the peer support centre and counseling services have made themselves available to students who have been affected.

“It’s heart-wrenching," says Bowers. “It's quite a hard loss for students whether they knew the students who died in the crash or not, just knowing that they were students who were part of our Lancer family in a sense."

Ukraine's Foreign Minister Vadym Prystaiko said the Ukraine International Airlines Boeing 737-800, which was en route to Kyiv when it went down in a field, was carrying 63 Canadians, 82 Iranians, 11 Ukrainian passengers and crew, 10 Swedes, four Afghans, three Germans and three Britons. There were no survivors, authorities said.

Ukrainian authorities initially said it appeared mechanical failure was to blame, but later walked that back, saying nothing had been ruled out.

Canadian Foreign Minister Francois-Philippe Champagne said Wednesday he had been in touch with the government of Ukraine.

"Our hearts are with the loved ones of the victims, including many Canadians," he tweeted.

Intelligence indicates Flight PS752 was shot down by Iran: Trudeau

'We all suffer': Vigils held across Canada for the Flight PS752 crash victims

What an unusual right turn after takeoff says about Flight PS752

What we know about the plane crash victims with Canadian roots

138 passengers aboard plane that crashed in Iran were headed for Canada: Trudeau

Crashed jet was 'one of the best' in airline's fleet