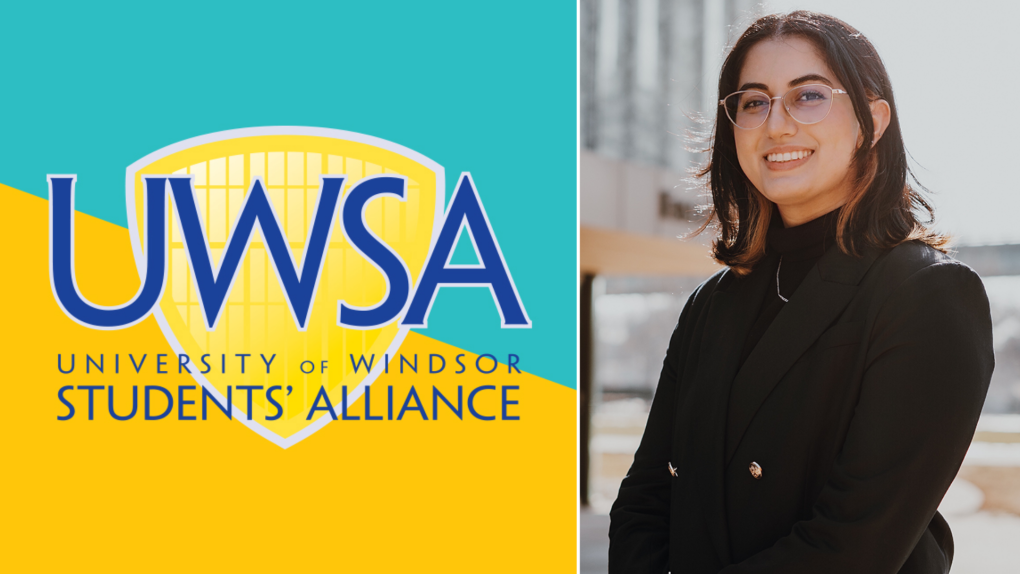 The University of Windsor Students' Alliance board says it removed Jasleen Dayal as president following a complaint under its workplace harassment policy. (Source: UWSA)

The chair of the University of Windsor Students’ Alliance’s (UWSA) board of directors says it removed former president Jasleen Dayal from her position after an external investigator substantiated "several" allegations and made "factual findings" stemming from a workplace harassment complaint.

On Monday, the board of directors for the UWSA — the undergraduate student union at the post-secondary institution — unanimously voted to remove Jasleen Dayal from her position as UWSA president.

Since Dayal's removal from office, the UWSA has limited its comments on the matter to a social media post released a day after the meeting, saying an investigation found Dayal "engaged in actions directly contrary to the UWSA's policies and values."

But in a statement sent to CTV News on Friday, the UWSA said it received a complaint against Dayal "under its Workplace Harassment policy."

"The UWSA then investigated that complaint, in accordance with both the policy and its obligations under Ontario’s Occupational Health and Safety Act, by retaining an external investigator," said UWSA board of directors chair Veronica Beia.

According to Baia, the investigator substantiated several of the allegations and made "other factual findings ... which suggested that the president had acted in a manner that breached UWSA by-laws/policies."

The UWSA would not get into specifics surrounding what those findings were or who filed the original complaint.

"Those factual findings were presented to the Board for consideration," Baia said, adding Dayal was a part of Monday's board meeting which centred around "potential disciplinary action" against the former UWSA president.

"There was a full discussion, after which the Board determined by a unanimous and confidential vote, that the president should be subject to discipline and that the only appropriate discipline in the circumstances was removal from office."

Referring to Dayal's removal as a "remarkable step," Baia said the board did not arrive at its decision lightly and that removing any elected official from office is an "extraordinary action that should only be taken in exceptional circumstances."

"However, the Board has an overriding responsibility to act in the best interests of the UWSA and to ensure that its officers and directors act in accordance with the organization’s by-laws, policies, and legal obligations.”

The UWSA’s vice president of finance and operations Alanna Olteanu is serving as interim president for the remainder of the 2021-22 term. Olteanu confirmed to CTV News she is also the president-elect for the 2022-23 academic year, following a vote by students this week.

"The new cohort of Executives starts their term on May 1st and will receive more in-depth anti-harassment training,” said Baia.

After reaching out to Jasleen Dayal for comment, CTV News learned she has retained Fabio Costante as her legal counsel.

"Given that this is a personnel matter that is highly sensitive, my client has no comment at this time while we investigate further and determine next steps," Costante said in a statement to CTV News.

The UWSA has not directly communicated with Dayal since her removal from office, according to Baia, adding UWSA general manager Eric Johnston has been asked to “coordinate the return of any UWSA property and to arrange for the former president to get their belongings back in a timely fashion.”

For second-year University of Windsor student Shehad Al-Ebrahimy, one of more than 12,000 undergraduate students that the UWSA represents, the student union has a responsibility to be more forthcoming about its reasoning for Dayal’s removal.

“I question why we had to go to this extent where a reporter from CTV News had to reach out and get their response on it, because it had to go to that point for them to finally say something," said Al-Ebrahimy, referencing the UWSA's decision to disable comments on its Instagram post from Tuesday which announced Dayal's removal.

Throughout the week, multiple students asked the UWSA for more details about the situation on the group's social media platforms — but none were answered. The UWSA did not address why it elected to disable comments on its initial post, despite being directly asked about it by CTV News.

"I understand harassment is a huge thing and confidentiality is very much deserved with all of it. But because it's so big, I think we as students deserve a little bit more transparency," said Al-Ebrahimy. "I don't think there's going to be a breach of confidentiality if they say the position of the person whether they're a student or not of the school."

For Al-Ebrahimy, she believes the UWSA's communication on this incident will result in students developing a "lack of trust" with their union.

"They advocate for them to be a voice for the students. But to be a voice for us, does that mean that you have to block our voice? Because that's exactly what they did by turning off the comments and not answering our questions."

The Toronto Blue Jays secured a playoff berth Thursday without even taking the field.

A Winnipeg father who fatally stabbed his three-year-old daughter won’t be eligible for parole for 18 years, a judge ruled Thursday afternoon.

1 in 4 Ontario farmers contemplated suicide in past 12 months: study

There’s no way around it — Farming is one of the most stressful occupations on the planet. “Seventy six per cent of farmers are self identifying as having moderate to high stress levels. In general, that is much higher stress levels than the general population,” said Ontario Federation of Agriculture President Peggy Brekveld.