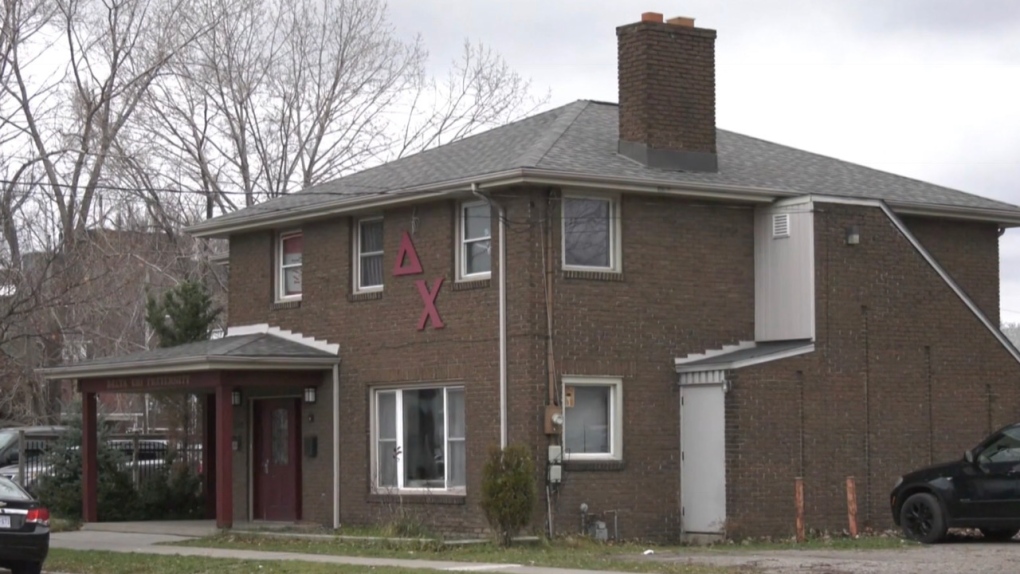 President Robert Gordon says exchanges posted on Instagram and Twitter by members of Delta Chi were brought to his attention Wednesday night in an email.

“Many of the messages shared in this note are disturbing, unacceptable, and entirely incongruent with the values of our school and the work we are doing to create a more inclusive and equitable community at the University of Windsor,” Gordon said in an emailed statement issued Thursday.

Gordon says the university will be immediately launching an investigation.

Delta Chi alumni Greg Lemay says he was shocked to hear of the matter.

“You know, shocked as anybody else, it’s obviously concerning,” he said. “It’s disappointing obviously. It’s 2020 right? There’s no place for racism.”

The University has since suspended any opportunities for the organization to engage with university activities.

As well, officials have contacted the U.S. based leaders of Delta Chi and have notified Windsor Police.

While the fraternity does not have a formal relationship with the university, Gordon says such comments are unacceptable, and apologizes for any pain the statements may have caused.

The International Headquarters of the Delta Chi Fraternity released a statement that says they are aware of the reported actions involving members of the Windsor Chapter and have initiated an investigation.

“I am appalled and disgusted at what was presented to the University and our International Headquarters,” Jerod Breit, executive director of Delta Chi said. “That anyone, let alone members of Delta Chi, would say or believe in what these students, many now alumni, have expressed is deeply disturbing. This speech and these actions have absolutely no place anywhere, especially chapters of the Delta Chi Fraternity.”

The International Headquarters has placed the Windsor chapter in conservatorship, suspended the student membership of all undergraduates and ceased operations indefinitely, pending the outcome of the commission hearing, wherein headquarters will seek permanent suspension of the charter, the statement says.