University of Windsor officials say they are taking steps to ensure the safety of students after two people were reportedly followed to their cars while on campus in separate incidents.

"The incident and individual are similar to what was described in another complaint filed earlier this week, so we are reminding students, faculty, staff, and visitors to campus to use the enhanced safety protocols the University has in place,” said D’Asti in a statement.

In a statement released Tuesday night by the University of Windsor Students' Alliance (UWSA), the group said the incidents have caused a "great level of stress and anxiety among students."

"When I heard about this, I was pretty scared," said first-year student Maria Parra.

"I go to the library all the time to study and knowing about people being followed, especially with me staying late at night here, it does make me feel pretty unsafe." 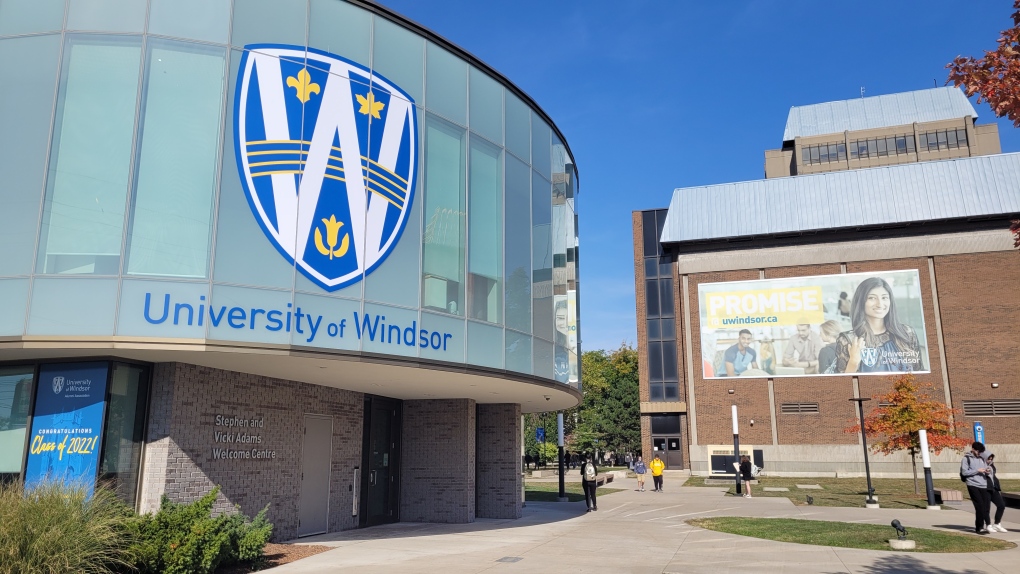 University of Windsor officials say they are increasing foot traffic of campus police personnel after two students reported being followed to their cars at night in the same week. (Sanjay Maru/CTV News Windsor)The UWSA has reimplemented its Walksafe program for the remainder of the school year. The free service will allow students and staff to call a volunteer who will walk with them to their destination.

University officials are also encouraging staff and students to download the Safe Lancer app which can track the user's location while walking at night and can put them in immediate contact with police if required.

Blue emergency poles placed around the campus also allow students to get in contact with a telecommunicator until police arrive. Flashing lights are located at the top of each emergency pole, serving as a visual indicator for officers and others in the area where help is required.

"Additionally, there are a number of yellow and stainless-steel emergency boxes that work similarly and allow users to remain in contact with a dispatcher until police arrive," D'Asti added in his statement.

For Parra, the university's measures make her feel "a little more safe."

"The whole situation has made me feel very anxious about walking on campus, especially being a woman and very young. An easy target, I guess," she said.

Campus authorities say they have reported the two incidents to Windsor police and are working with them "closely."

"One of the things I find is that I see students on their phones with their earbuds in or headphones on," said Const. Bianca Jackson, who adds walking through campus like that, especially late at night, can be very dangerous.

"You can't hear the things that are going on around you or if someone is approaching." 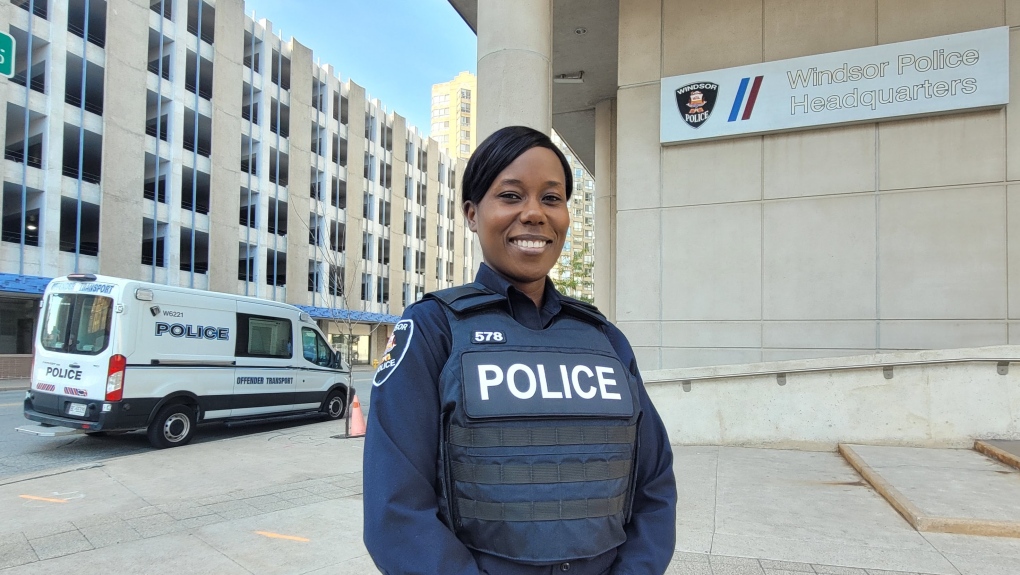 Windsor police constable Bianca Jackson says she sees too many students walking around campus looking down at their phones and wearing headphones. She calls the behaviour "dangerous" as it prevents students from being aware of their surroundings. (Sanjay Maru/CTV News Windsor)Jackson recommends students limit distractions while walking outside, walking with others whenever possible and parking their cars in well-lit areas.

"All these safety tips are not just for students. They're for anybody who works swing shifts, getting off at midnight or anytime during the night."

The University of Windsor also provides a service called Working Alone for individuals studying or working late on campus 24 hours a day, seven days a week.

"Members of the campus community can contact Campus Police at any time for an escort," said D'Asti.

“We are working diligently and together with our partners, to ensure that everyone on campus can move freely and confidently as they go about their study and work duties.”

A judge has found Maj.-Gen. Dany Fortin, the former head of the federal government's COVID-19 vaccine campaign, not guilty of sexual assault over an allegation that dates back to 1988.

'Doesn't line up': MPs challenge minister over instances of MAID offered to veterans

Veterans Affairs Minister Lawrence MacAulay was challenged by MPs on Monday about how the federal government is handling the growing number of veterans who've reported being offered medical assistance in dying.

Just days after introducing her first bill as Alberta’s premier, Danielle Smith says she is prepared to make changes after widespread criticism that the legislation grants unchecked power.

Prince Harry said the royal household regularly leak stories about each other, calling it 'a dirty game' in a new trailer released on Monday for the much-anticipated Netflix documentary series about him and his wife Meghan.

An Alberta mother is recounting her experience arriving at a packed children's hospital when her young daughter was in dire need of help.

Prime Minister Justin Trudeau says he is listening to concerns that some of the firearms his government is looking to ban are in fact used more for hunting.

Hundreds of people gathered on Sunday night to honour four Indigenous women believed to have been murdered by an alleged serial killer.

An attorney for a man accused of fatally shooting rapper Takeoff last month said Monday that the musician's death outside a Houston bowling alley was a tragedy but that her client says he's innocent of the crime.