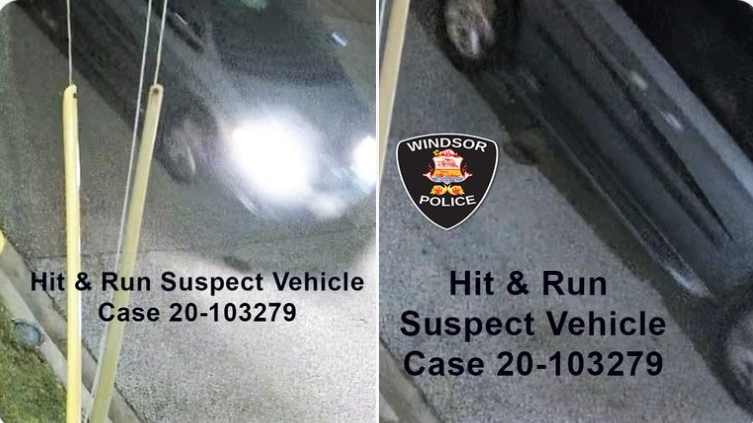 WINDSOR, ONT. -- Windsor police have released updated photos after a child pedestrian was struck and killed by a vehicle in east Windsor.

Investigators are asking local businesses and residents review any surveillance video footage for images of the suspect vehicle.

Police are focusing in the geographical area bound by Jefferson Boulevard to the east, Pillette Road to the west, South National Street to the north and Tecumseh Road to the south between the hours of 8:40 p.m. and 9 p.m. on Sunday.

Investigators are still seeking to locate the pictured suspect vehicle.

The Windsor Police Service urges the involved driver to contact police. Police say the grieving family, and community deserve to know how and why this incident occurred.