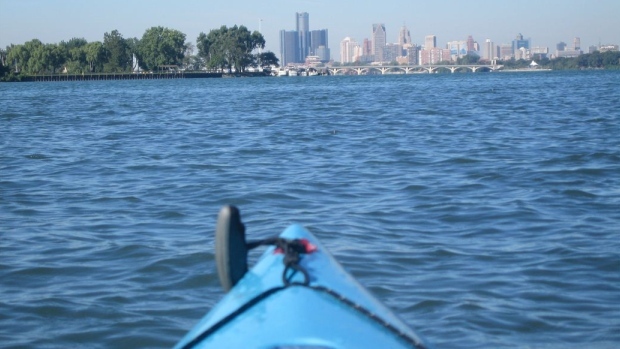 A warning from researchers at University of Windsor about fish contamination.

"If you have chemicals that are part of the mixture and are impacting the same tissues or organs then their toxicity might be additive or even synergistic," said Drouillard.

Drouillard believes the Ministry of Environment advisories need to take combined chemicals into account, as opposed to just one at a time.

A professor at the Great Lakes Institute For Environmental Research and the Biology Department, he said the contaminants found in local fish are predominantly polychlorinated biphenyls (PCBs) and mercury.

"Both PCBs and mercury have neurotoxicity effects and therefore we felt it was appropriate to assume additive toxicity," he said.

The study indicated that about 50 per cent of the current advisories would need to recommend eating half the number of fish meals per month if combined chemicals were taken into account.

The Detroit River currently has 10 species of fish with consumption advisories.

An angler pulling walleye from the waters of the Detroit River shouldn't consume more than eight meals in one month if the fish measure 12 to 14 inches in length.

"If you catch a Canadian walleye in the Detroit River we know that they spend most of their time in western Lake Erie," Drouillard said.

"So you're catching a walleye that has collected most of its residues from Lake Erie and has high PCB concentrations and relatively low mercury concentrations."