University of Windsor research could soon be jeopardy 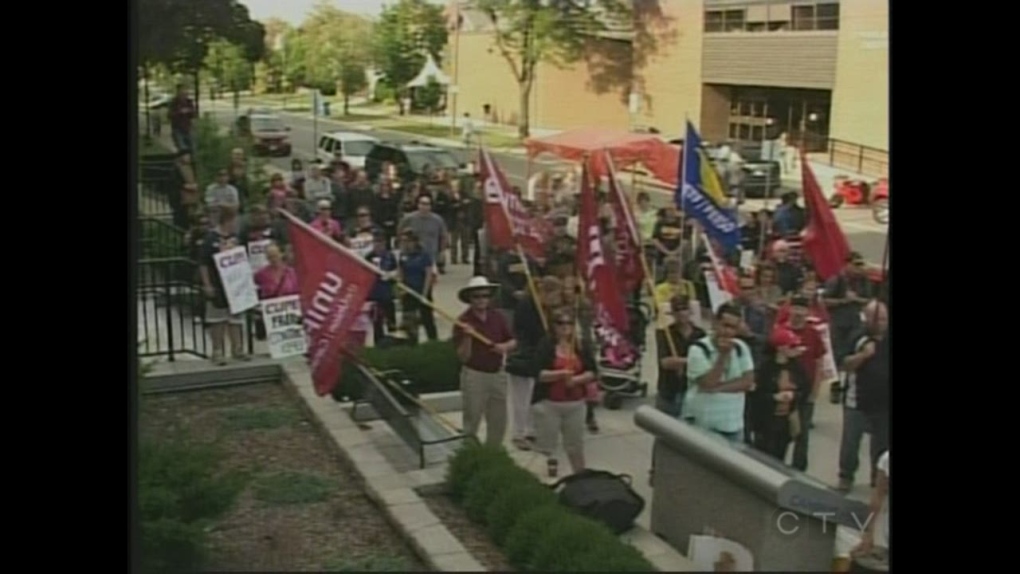 Warning alarms are sounding on fume hoods in some of the university's chemical labs because the central air system that filters out dangerous chemicals is broken.

According to the Head of Chemistry and Bio-Chemistry, Dr. Bulent Mutus, the technicians who would normally fix the problem are instead on the picket lines. “If it's a major piece of equipment down, it's down, and there's not much we can do about it."

That's just one of the challenges facing researchers like Phd. students.

Second year Phd. student Beilei Sun says an incubator used for cell culture isn’t working right. "So right now we have to go up to the second floor every time we do cell culture work."

New state-of-the-art research equipment is also being held in storage, since the technicians aren't able to install it.

Researchers say for now most of the problems are only an irritant, but Mutus say the longer the strike goes on, the greater the potential for compromised projects. "We can't take much more of these punches."